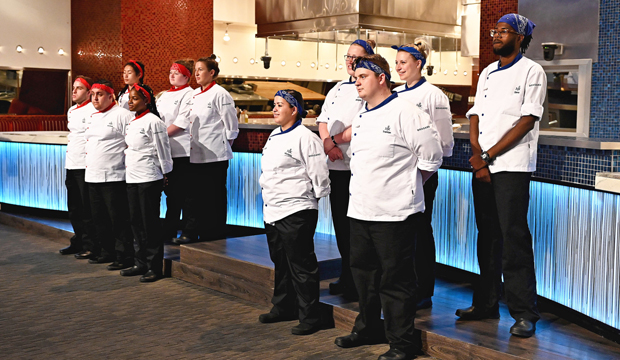 If you’re going through “Hell’s Kitchen” withdrawals, you’re not alone. It’s been two weeks since the remaining “Young Guns” contestants last competed on our TV screens, as Fox’s reality TV show understandably doesn’t want to compete against NBC’s showing of the Olympics. So when is “Hell’s Kitchen” coming back? Mark your calendars for Monday, August 9 at 8:00 p.m as that’s when the next episode, titled “A Game Show From Hell,” will finally air.

Here is how Fox describes this ninth episode of Season 20: “One team struggles to work together on its dish; during a special charity dinner service, both teams make big mistakes, and one chef gets heated over who should be put on the chopping block.”

When last we saw our aspiring “Young Guns,” renowned chef Gordon Ramsay hosted a “Cook For Your Life” challenge between Keanu Hogan, Josie Clemens, Victoria Sonora, Emily Hersh and Sam Garman. These five were chosen to compete in the 45-minute challenge because they scored the lowest in the private rankings from all of the contestants. One by one, Gordon told Sam, Josie and Emily to head back to the dorms because they did indeed cook for their lives. That left Keanu and Victoria both on the chopping block.

Keanu was in the bottom because she burned her protein and Victoria was in danger for her lazy plating. In the end, Gordon asked Keanu for her jacket, sparing Victoria from elimination. “You’re a firecracker,” he told Keanu, who was openly weeping about having to go home. “You have a focused, determined, tenacious mind. You’ve done your parents proud, Baltimore proud, so head up high.”

After handing over her jacket and leaving the restaurant, Keanu declared in her exit interview that she was “not ready” to leave just yet. “I was not ready to go home, but I’m not gonna let this knock me down for sure,” she noted. “If anything, it has awoken a fire in me. I’m just happy to have made it this far. I’m just so proud of myself. Look Mom, I really made it!”