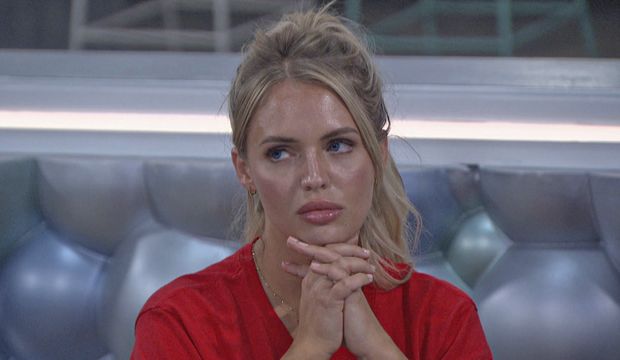 Whitney Williams was royally flushed out of the “Big Brother” house on Thursday’s live eviction episode. The 30-year-old makeup artist from Oregon fought to the end, but was ultimately sent packing by a vote of 10-0 over her Aces teammate Hannah Chaddha. Whitney made a last-ditch effort to work with Head of Household Christian Birkenberger, but it was too little too late since he already had his hands full with the Royal Flush alliance. So where did Whitney’s game go wrong?

SEE‘Big Brother 23’ team twist is donezo: What does this mean going forward?

“A big part of it is I’m a huge advocate for female empowerment,” the small business owner explained to host Julie Chen Moonves during her exit interview. “I haven’t made that a secret in the house. I love women and I want to help women become a better version of themselves. So I know the guys were really scared of me in that way. I also made it very apparent that I’m not afraid to make big moves. If I need to do something that has to be done, even if it might hurt other people, I’m not afraid to do it. Hannah is a little bit more quiet about her thoughts and actions.”

Just days prior to her eviction, Whitney tried to convince Christian to use the Power of Veto to save her and backdoor Derek Xiao. Was she surprised he didn’t take her up on that offer? “There have been three men out in a row and I know the men are really scared of women having the control in the house,” Whitney explained. “He told me that was one of the reasons he didn’t want to put Derek up instead of me. He was scared there would be too many girls.”

Just to make sure Whitney had a full understanding of why she got the boot this week, Julie revealed the Royal Flush alliance which consists of Christian, Derek X., Alyssa Lopez, Sarah Beth Steagall, Xavier Prather, Kyland Young, Tiffany Mitchell and Claire Rehfuss. “This makes so much sense!” Whitney screamed. “My targets were Derek X. and Kyland. So that makes so much sense why they wouldn’t want me to win HOH. Ugh! I’m not mad, it’s ‘Big Brother,’ it’s part of the game. I wasn’t a part of it, which is a bummer, but I’m not mad. Everything makes a lot more sense now. I’m impressed!”

Whitney was the fourth houseguest evicted from Season 23 of “Big Brother.” Preceding her Day 30 eviction were Brent Champagne on Day 23, Brandon “Frenchie” French on Day 16 and Travis Long on Day 9. The conclusion of this week’s endurance HOH competition will air on Sunday, August 8 on CBS.