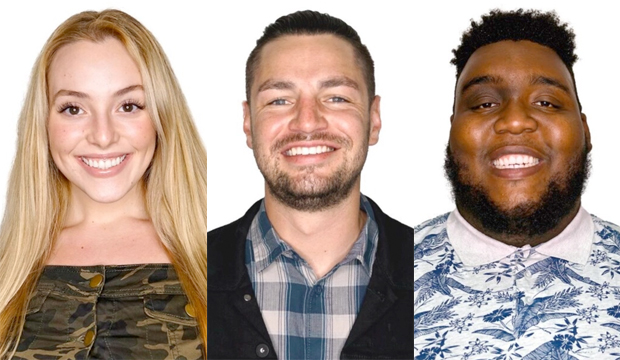 It’s all come down to this. (Or, as Ryan Seacrest might say, “thisss.”) The final three contestants of the “American Idol” 2021 season have been named — Grace Kinstler, Chayce Beckham and Willie Spence — but only one will go on to join the coveted winner’s list. Ahead of the Sunday, May 23 season finale, let’s take a look at Gold Derby’s racetrack odds for all three finalists. Our odds are based on the combined predictions of “Idol” fans like YOU who’ve been making their picks throughout the spring. There’s still time to have your say before Season 19 ends — it’s fun and easy to make your own predictions.

So who will win “American Idol” 2021? The finale odds currently favor Grace in first place, with Chayce in the runner-up position and Willie down in third. Here they are:

The fact that there’s such a narrow spread between the finalists suggests there really is no front-runner this season. While it’s true Grace has been at the top of our winner’s chart for most of the season, it’ll all come down to who wows viewers the most when the Top 3 sing for America’s votes live coast-to-coast on Sunday night. (Remember, West Coasters, that means you have to tune in to ABC and start voting at 5:00 p.m. if you want your voice to be heard.)

Grace, Chayce and Willie will each perform four times during the two-hour finale: a celebrity duet, a hometown song, a favorite moment and a judges’ choice. Gold Derby has already uncovered each of their song titles, so scroll down for the last spoilers of the season.

The three judges — Katy Perry, Lionel Richie and Luke Bryan — have been with the reality TV program since it moved to ABC in 2018. There’s no word yet on whether they or host Ryan Seacrest will return when the show broadcasts its landmark 20th season in 2022. Stay tuned.

Grace Kinstler finale song list:
Duet: “Scars to Your Beautiful” with Alessia Cara
Hometown Song: “I Have Nothing” by Whitney Houston
Favorite Moment: “(You Make Me Feel Like) A Natural Woman” by Aretha Franklin
Judges Choice: “All By Myself” by Celine Dion

Willie Spence finale song list:
Duet: “You Are the Reason” with Leona Lewis
Hometown Song: “A Change is Gonna Come” by Sam Cooke
Favorite Moment: “Stand Up” by Cynthia Erivo
Judges Choice: “Georgia on My Mind” by Ray Charles