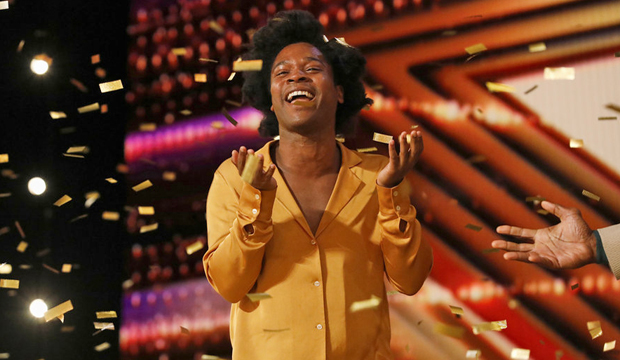 Jimmie earned his Golden Buzzer in the auditions with a performance of “Tomorrow” from “Annie” (despite Simon Cowell warning him it was his least favorite song). At first Sofia pretended not to care for his audition, but then she shocked the crowd when she slammed her hand down on the Golden Buzzer. The Portland resident returned in the live quarterfinals and delivered an ear-pleasing version of “Pure Imagination” from “Willy Wonka & The Chocolate Factory,” easily advancing to the next round.

World Taekwondo wowed Terry so much with their original audition full of flips, twists and a positive message that he couldn’t stop himself from walking down to the judges’ table and hitting the button. The demonstration team was next seen in the live shows where they brought their trademark woodblock kicks and martial arts moves to the Dolby Theatre, earning enough votes from America to make it through to the semis.

SEE‘America’s Got Talent’ semifinal 1 power rankings: Who is predicted to win season 16?

Here’s the full “America’s Got Talent” lineup for the Tuesday, August 31 live show: