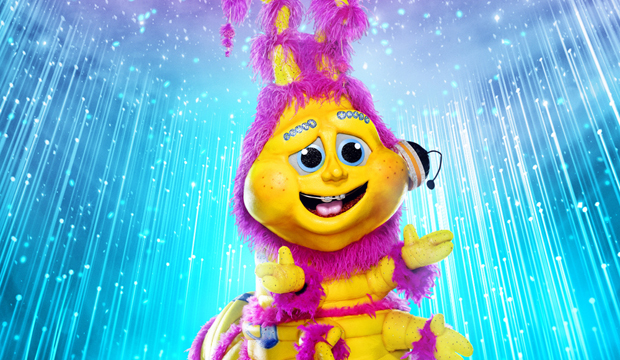 Who’s performing tonight (October 13) on “The Masked Singer” Season 6? After last week’s return to Group A, it’s time for Group B to strut their stuff again on the big stage. This talented collection consists of a creepy crawly new wildcard (Caterpillar), a pair of yummy confections (Banana Split and Cupcake) and two royal figures (Mallard and Queen of Hearts). Do you think any of these Group B celebrities has what it takes to join the “Masked Singer” winners list? Sound off down in the comments section.

Five contestants have already been unmasked from this sixth edition of Fox’s reality TV ratings juggernaut, based on the instant votes from the audience and panelists Robin Thicke, Jenny McCarthy, Ken Jeong and Nicole Scherzinger. They were: Octopus (Dwight Howard), Mother Nature (Vivica A. Fox), Pufferfish (Toni Braxton), Dalmatian (Tyga) and Baby (Larry the Cable Guy).

The Group A contestants who survived last week’s elimination (Bull, Skunk, Hamster and Pepper) will be seen again before you know it, but they are taking this week off as Group B returns to the stage. The first time we saw Group B perform was on September 29, with Dalmatian getting the boot. He will be now be replaced by Caterpillar on Wednesday’s “Date Night” show.

Here’s the full “The Masked Singer” lineup for the costumes performing on Season 6, Episode 5: