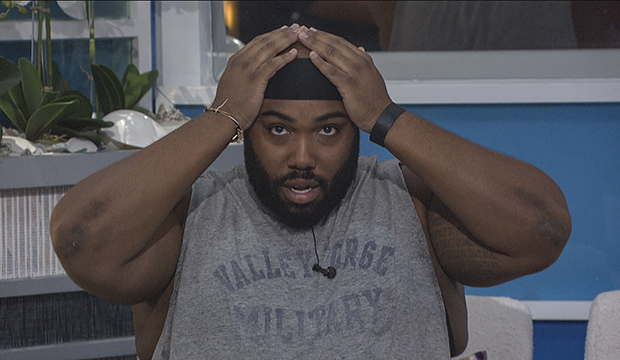 If you are planning on settling down on your couch to watch a new episode of “Big Brother 23” on Sunday, Sept. 19, well, think again. “Big Brother” is not airing in its usual slot because CBS is airing the Primetime Emmy Awards instead.

This is not an unexpected twist since we’ve known for eons that CBS is carrying the Emmys this year and that was why “Big Brother” had scheduled a special episode for Friday, Sept. 17. Did you miss that one too? That was just the final four nominations episode that would’ve aired on Sunday, Sept. 19 if it weren’t for the Emmys.

So go ahead and relax (and maybe watch the Emmys), but if you still need your Sunday “Big Brother” fix, you can check out the live feeds on Paramount+. The next broadcast episode — the final four Veto (and final Veto of the season) — will air Wednesday, Sept. 22, but not at its usual 8/7c time either. You can head over here for more details about the air schedule of the remaining episodes. There will be one final Sunday episode next week on Sept. 26 before the live two-hour season finale on Wednesday, Sept. 29.

After last week’s double eviction, the second one of the season, that saw the first two members of the Cookout, Tiffany and Hannah, head to jury, Xavier won the final four HOH, guaranteeing himself a spot in the final three. He nominated Kyland and Azah, who was the last houseguest yet to hit the block, for eviction, but nominations at final four are irrelevant since it all comes down to the Veto. The Veto winner (unless it’s also the HOH) holds all the power at final four since they cast the sole vote to evict and will decide who to take to the final three.