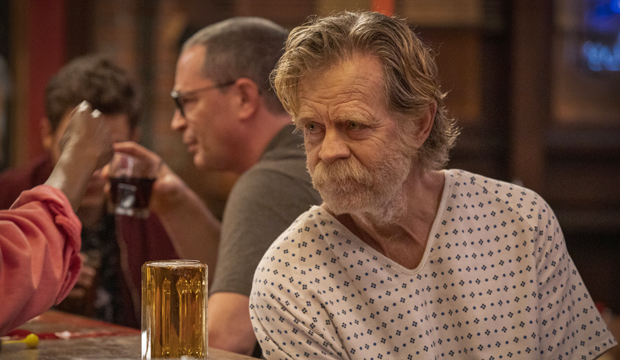 William H. Macy spent 11 years of his life wearing the shoes of an alcoholic father of six on Chicago’s South Side on “Shameless.” As Frank Gallagher, Macy was awarded with three Screen Actors Guild trophies (2015, ’17, ’18) and earned five consecutive Emmy bids as Best Comedy Actor (2014-18). Now that the Showtime series has wrapped up for good — its finale, “Father Frank, Full of Grace,” aired on April 11 — might Macy receive a goodbye hug from Emmy voters in the form of a nomination?

SEE40 greatest TV shows about siblings, ranked worst to best, including ‘This Is Us,’ ‘The Brady Bunch,’ ‘Shameless’

In addition to our savvy Experts, one of our All-Star Users (Jacob Dicus) predicts a final nom for the “Shameless” star, as does a single Editor (myself).

SEEEthan Hawke has never been nominated for an Emmy, but now he could win 3 for ‘The Good Lord Bird’

In the final season of “Shameless,” Frank finds himself becoming more and more disoriented. Eventually he’s taken to the hospital, where the doctors diagnose him with early-stage alcoholic dementia. As the Gallagher kids deal with their own personal problems, Frank’s condition worsens with only Liam (Christian Isaiah) seeming to care about Frank’s health. In the series finale, written by John Wells and directed by Christopher Chulack, Frank contracts Covid-19 and succumbs to his illness. His ghost then visits the Alibi Room bar where his entire family has gathered to celebrate Ian (Cameron Monaghan) and Mickey’s (Noel Fisher) one-year wedding anniversary.

Make your Emmy predictions at Gold Derby now. Download our free and easy app for Apple/iPhone devices or Android (Google Play) to compete against legions of other fans plus our experts and editors for best prediction accuracy scores. See our latest prediction champs. Can you top our esteemed leaderboards next? Always remember to keep your predictions updated because they impact our latest racetrack odds, which terrify Hollywood chiefs and stars. Don’t miss the fun. Speak up and share your huffy opinions in our famous forums where 5,000 showbiz leaders lurk every day to track latest awards buzz. Everybody wants to know: What do you think? Who do you predict and why?