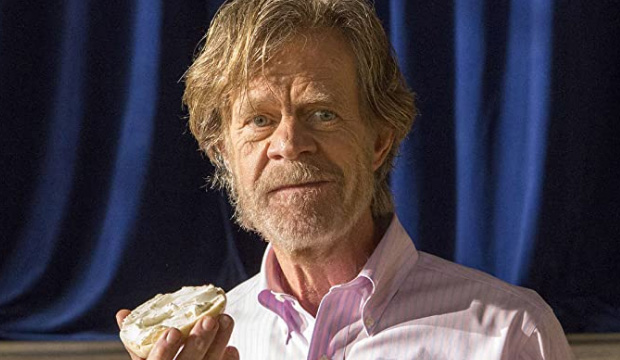 A dozen years after being honored with his first Screen Actors Guild Award for the TNT movie “Door to Door,” William H. Macy conquered a second TV category – Best Comedy Actor – as the star of “Shameless.” Although his 2015 victory was directly followed by a loss to Jeffrey Tambor (“Transparent”), he bounced back by triumphing twice more in 2017 and 2018. This made him the second of only three men to win four individual TV prizes, between Alec Baldwin (“30 Rock,” 2007-2013) and Tony Shalhoub (“Monk,” 2004 and 2005; “The Marvelous Mrs. Maisel,” 2019 and 2020). Now, months after the series finale of “Shameless,” he has a strong shot at bringing his career win total to five by being rewarded for his work on the show one more time.

Adapted from the popular British program of the same name, Showtime’s “Shameless” stands as the longest-running scripted series in the network’s history, having aired from January 2011 to April 2021. Macy starred on all 11 seasons as parasitic patriarch Frank Gallagher, whose unabashed laziness consistently made life unnecessarily difficult for his six children. In the final season, with most of his brood having reached adulthood and varying degrees of stability, the habitual drinker and drug abuser was essentially left to deal with his diagnoses of alcoholic dementia and COVID-19 on his own.

According to our odds, Macy is running seventh in the SAG TV Comedy Actor race, which is currently led by last year’s champ, Jason Sudeikis (“Ted Lasso”). Sudeikis also won the 2021 Best Comedy Actor Emmy, while his castmate, Brett Goldstein, who is fourth in the SAG race, nabbed the corresponding supporting prize. Also looking to score a second consecutive SAG bid is Nicholas Hoult (“The Great”), who is in fifth place. The rest of last year’s nominees are out of the running this time, since Dan Levy and Eugene Levy’s “Schitt’s Creek” ended in 2020 and Ramy Youssef’s “Ramy” did not return in time.

Between the two “Ted Lasso” men are “Only Murders in the Building” stars Steve Martin and Martin Short, who would both be SAG newcomers. Rounding out the top eight are Michael Douglas (“The Kominsky Method”) and Don Cheadle (“Black Monday”). Douglas, who was also a 2021 Emmy nominee, vied for this SAG award in 2019 and 2020 but lost to Shalhoub both times. Cheadle was recognized here for “House of Lies” in 2014 but was beaten by Ty Burrell (“Modern Family”).