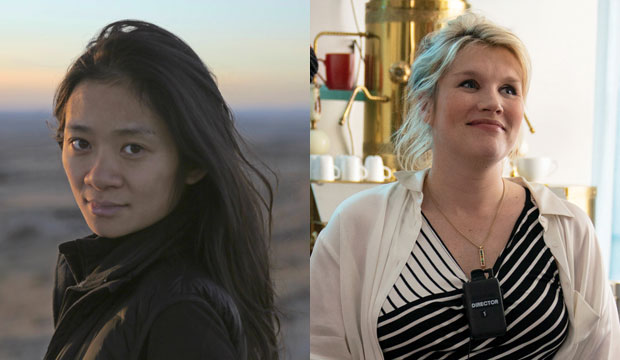 It’s well known that women are underrepresented behind the camera in Hollywood. This year’s Best Director Oscar nominations for Chloe Zhao (“Nomadland”) and Emerald Fennell (“Promising Young Woman”) are only the sixth and seventh nominations for women in that category, and it’s the first time in history two women have been nominated for that award at the same time. But Zhao and Fennell could also make history as writers.

If Zhao wins Best Adapted Screenplay and Fennell wins Best Original Screenplay for their respective films, it will be only the second time in history that women have won both awards in the same year, and the first time that no men have won as writers or co-writers. The last time women claimed both was 17 years ago, when Fran Walsh and Philippa Boyens won the adapted prize for co-writing “The Lord of the Rings: The Return of the King” with Peter Jackson, while Sofia Coppola was awarded for her original script for “Lost in Translation.”

In fact, no woman has won a writing Oscar at all in more than a decade. The last was Diablo Cody, who claimed Best Original Screenplay for “Juno” (2007). But it’s looking good for both Zhao and Fennell according to the combined predictions of Gold Derby users. Zhao gets leading odds of 16/5, followed closely by “The Father” co-writers Christopher Hampton and Florian Zeller. Meanwhile, Fennell now gets leading 10/3 odds over former front-runner Aaron Sorkin for “The Trial of the Chicago 7.”

It doesn’t hurt Fennell’s case that she just won the Writers Guild Award over Sorkin, and that the academy nominated Fennell for directing “Promising” but not Sorkin. “Nomadland” didn’t win at the WGA Awards, but neither did “The Father.” They were both deemed ineligible by the guild, so “Borat Subsequent Moviefilm” won that award instead — “Borat” has multiple women along with men on its long list of writers, so that would also be an opportunity for women to win at the Oscars. Then hopefully we won’t have to wait another 13 years for women to be acknowledged in the field.