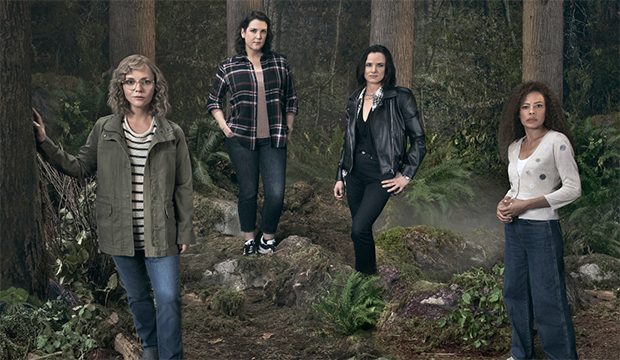 “Yellowjackets” has quickly become one of the hottest new shows on television, and for good reason. The Showtime drama centers on Shauna, Taissa, Natalie and Misty, four high school soccer teammates who survive a plane crash and unravel as they try to survive in the wilderness. The series also follows the foursome as women in 2021, as they try to go about their lives while still haunted by the past. Critics are universal in their praise of “Yellowjackets,” with heaps of positive notices for the show’s cast, launching it into the awards conversation. See the alphabetical list of all 11 cast members who are on the ballot for Best Drama Ensemble at the SAG Awards below.

Sophie Nélisse plays the intelligent and caring Shauna, who grows up to be a stay-at-home mom in a loveless marriage, played by Melanie Lynskey. Jasmin Savoy Brown is Taissa, an ambitious girl who is later played by Tawny Cypress as she runs for state senate. Sophie Thatcher plays Natalie, a burnout who struggles with drug addiction, eventually depicted by Juliette Lewis. Finally, Sammi Hanratty is Misty, the bullied equipment manager for the team who grows to be a manipulative nurse, played by Christina Ricci.

Additional main cast members include Ella Purnell as Jackie, the soccer team’s captain, Warren Kole as Shauna’s husband, Jeff, and Steven Kreuger as Ben, the assistant coach of the team and the only adult who survives the plane crash.

“Yellowjackets” earned two nominations at the Critics Choice Awards recently, for Best Drama Series and Best Drama Actress for Lynskey. In Gold Derby’s latest odds for Best Drama Ensemble at the Screen Actors Guild, the show is quickly rising, likely due to the growing buzz for the series.

Here is the complete list of all 11 “Yellowjackets” cast members eligible for the 2022 SAG Award ensemble prize: