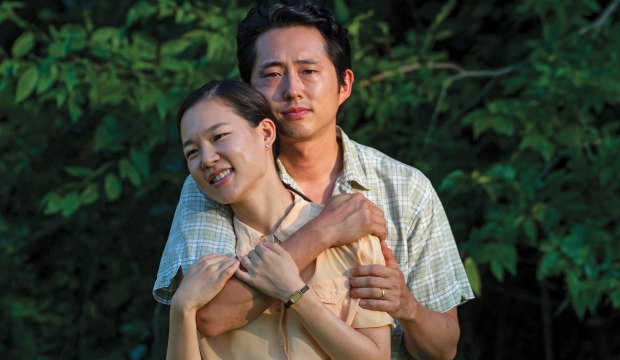 “Minari” is one of the most acclaimed films of the year, telling the story of a Korean-American family that moves to a small Arkansas town to build their own farm. Awards talk has naturally begun, with Steven Yeun as the family patriarch and Yuh-Jung Youn as the mischievous grandmother earning multiple accolades from critics groups. Yet one performer who has been curiously left out of most of the awards conversation thus far is Yeri Han, despite being key to the film’s success.

Han is quietly powerful as matriarch Monica, who finds herself dissatisfied with their meager surroundings. She isn’t as comfortable as her husband with their risky new endeavor and they often squabble, giving Han and Yeun some of the more dramatically effective scenes of the film. She is an inherently cautious, practical woman who is protective of her son, David (Alan Kim), who has a heart murmur. Monica is further affected by the arrival of her mother from Korea, bringing with her the unique flavors that remind Monica of childhood. Through each of her relationships, we are able to understand Monica thanks to Han’s confident performance.

In a crowded Best Actress field, Han is in the top 30 for an Oscar nomination according to the Gold Derby odds as of this writing. Meanwhile, odds also show that “Minari” is expected to land at least four nominations in other categories, and big ones at that — Best Picture, Director (Lee Isaac Chung), Supporting Actress (Youn) and Original Screenplay (Chung). And Yeun is right on the cusp of the top five in our Best Actor forecasts. If the A24 film ends up being one of the most watched and loved films by academy voters, as we’re predicting in several races, it is possible that Han could be more of a contender than we’re currently giving her credit for.