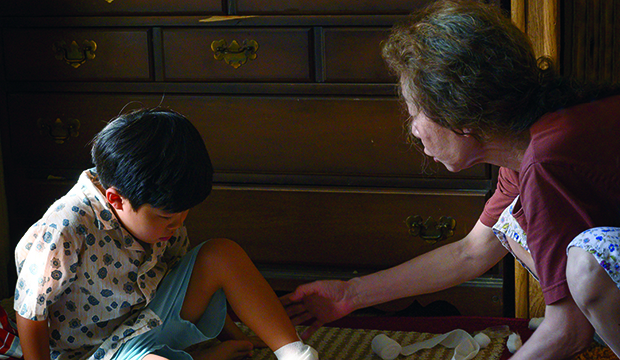 There is no doubt about it: Yuh-Jung Youn is having a great year. The legendary Korean actress has already received a Screen Actors Guild Award and the corresponding BAFTA Award for her supporting role as Soon-ja, the scene-stealing grandmother in the six-time Academy Award-nominated film “Minari,” which tells the story of a Korean immigrant family as they attempt to start a farm in rural Arkansas in the 1980s. Should she win the supporting actress Oscar on April 25, she’ll become the third oldest winner in the category.

This wouldn’t be Youn’s only entry into the history books this year though. Should she win, she would also become just the second Asian woman to win an Oscar for acting after Miyoshi Umeki for “Sayonara” (1957). Additionally, she would become the sixth person to win for a performance spoken primarily in a non-English language.

The chances of Youn walking away a winner seem pretty good at this point. Although the Best Actress race remains chaotic, to say the least, supporting actress has solidified in the past two weeks. Youn has racked up a number of wins among various critics circles for her performance, and although she was snubbed by the Golden Globes and lost the Critics Choice Award to Maria Bakalova of “Borat Subsequent Moviefilm,” she went on to win both SAG and BAFTA — the two industry awards. Armed with the fact that actors clearly love her performance and that they make up the largest branch of the academy, Youn appears to be a strong frontrunner. In fact, she is sitting in first place in Gold Derby’s combined odds with 16/5 odds to triumph. Twenty Experts are predicting her to win. She’s now far ahead of the competition, which includes Bakalova (4/1 odds), Glenn Close (“Hillbilly Elegy,” 4/1 odds), Olivia Colman (“The Father,” 9/2 odds) and Amanda Seyfried (“Mank,” 9/2 odds).

While it seems unlikely to happen at this point, it does seem worth mentioning that if Close somehow manages to pull off an upset and finally win her first Oscar on her eighth nomination, she would also become the third oldest supporting actress winner at 74 years and 37 days. Again, it seems unlikely given her underperformance this awards season and the negative reaction to “Hillbilly Elegy.” But stranger things have happened. Remember when “Green Book” won Best Picture?