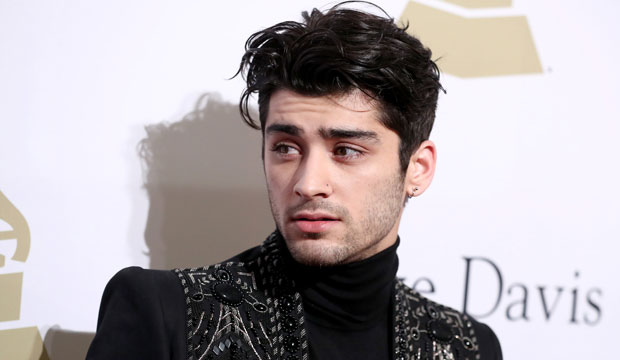 Harry Styles broke through at the Grammys with three nominations for his 2019 album “Fine Line,” which made him the first One Direction member to be embraced by the recording academy. Will Zayn follow suit? Zayn actually departed the group for his own solo career before the rest of the band officially went on hiatus, and in January he released his third solo album, “Nobody is Listening.” But voters might be listening this time next year.

Critics are already listening, though they’re somewhat divided about what they hear. As of this writing his new collection has a MetaCritic score of 61 indicating generally favorable reviews. But three of the reviews counted so far are positive while five are somewhat mixed, though none are outright negative. And this is his lowest MetaCritic score to date, south of the 69 for his 2016 solo debut “Mind of Mine” and the 70 for his massive, 96-minute 2018 followup “Icarus Falls.” Though releasing three albums with positive aggregate scores within 10 points of each other is still a pretty consistent track record.

Reviewers are noting how “Nobody is Listening” is dramatically scaled back from “Icarus,” which was a double album spanning almost 30 tracks. This collection is pithier, “breezing through 11 songs in 35 minutes.” These songs are “more stripped-down, intimate,” showing “both restraint and growth.” “It’s like being cloaked in a blanket with the lights turned low,” and “he can sing the hell out of a love song.” Though detractors argue that his attempts to sound more grown-up than his boy band beginnings make him sound more like an “amateur.”

Check out some of the critics’ reviews below, and join the discussion on this and more with your fellow music fans here in our forums.

Jem Aswad (Variety): “After the blockbuster success of 2016’s ‘Mind of Mine’ and the over-reach of the sprawling follow-up (titled, with unfortunate foresight, ‘Icarus Falls’), he’s embraced a more stripped-down, intimate approach, one that’s much less deliberately pop … And in a refreshing reversal from its 29-song predecessor, ‘Nobody Is Listening’ is concise and to the point, breezing through 11 songs in 35 minutes.”

Brittany Spanos (Rolling Stone): “Despite its brooding introduction, ‘Nobody Is Listening’ shows both restraint and growth from a new dad who just turned 28, even if the songs seem more reflective of his relationship with longtime partner Gigi Hadid than of his journey into fatherhood. Given Malik’s R&B-crooner ambitions, it’s a good thing he can sing the hell out of a love song.”

Dhruva Balram (New Musical Express): “It’s a surprise to hear just how stripped-back the entire album is: gone are the songs catered for concert halls and massive audiences. Rather, the 11-track album is meant for intimacy and warmth – it’s like being cloaked in a blanket with the lights turned low. Though parts of the record disappoint entirely, its structure and foundations are strong enough for the project to succeed on Zayn’s terms.”

Dani Blum (Pitchfork): “He oscillates between brooding and breezy, different shades of the sound he’s strived for since he started recording on his own. He remains desperate to remind you that he has sex, eager to insist that he smokes—well-trodden themes in Zayn’s solo music. But he’s never sounded like this much of an amateur, the shimmer and sheen of his earlier music reduced to the rumpled nonchalance of another stoned guy who thinks he can rap.”