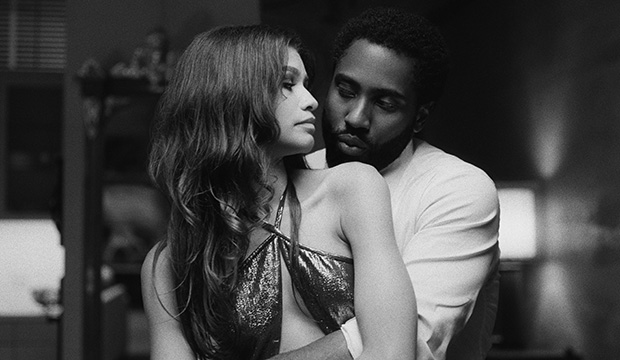 If Gold Derby’s Golden Globe odds for Best Film Drama Actress are correct, then the final five will be Viola Davis (“Ma Rainey’s Black Bottom”), Frances McDormand (“Nomadland”), Carey Mulligan (“Promising Young Woman”), Vanessa Kirby (“Pieces of a Woman”) and Sophia Loren (“The Life Ahead”). But this race is jam-packed with presumed top contenders, and the next two names in the rankings — Zendaya (“Malcolm & Marie“) and Andra Day (“The United States vs. Billie Holiday”) — could definitely make the cut, especially the former, and it all has to do with what the Globes didn’t do last year.

Zendaya was predicted to score a Globe bid last year for “Euphoria” and was ultimately fifth in our Best TV Drama Actress odds. She checked off so many boxes in a Globe nominee profile: young starlet, new show, prestige network (HBO), dramatic breakthrough (Disney kid done good!), good reviews and buzz. Ask anyone in late 2019 and they’ll probably say that Zendaya was more likely to get a Globe nomination than an Emmy one. Alas, the Hollywood Foreign Press Association surprisingly snubbed her, and not only did she go on to earn an Emmy bid but she, at 24, became the youngest Best Drama Actress Emmy champ ever.

In other words, the Globes missed the boat on being the first (you know how much they love that) to recognize Zendaya, whose stock has only risen since her Emmy triumph, even with just a nomination. But now HFPA voters can make up for it. Typically for TV, they would do so the following year (see: “Breaking Bad” finally winning drama series and actor for Bryan Cranston after its juggernaut final season or “Modern Family” winning comedy series in its third season after two consecutive series Emmys), but COVID-19 has rendered that impossible. Season 2 of “Euphoria” hasn’t started production, and while the show has produced two specials in the interim — the first of which centered on Zendaya’s Rue — the Globes have deemed them ineligible (the “Euphoria” specials are eligible at the Screen Actors Guild Awards in the limited series/TV movie races).

That leaves only one viable place where they can check off Zendaya this year: Best Film Drama Actress. (Zendaya also produced “Malcolm & Marie,” but the movie is not expected to get a Best Drama Film nomination.) The ironic thing is that “Malcolm & Marie” only exists because of the pandemic, as Zendaya asked “Euphoria” creator Sam Levinson to write a movie they could film in lockdown.

While reviews of the black-and-white two-hander have been mixed, Zendaya has received great notices for her turn as one half of a couple, opposite John David Washington, who spends a night arguing about their relationship, Black stories, film criticism and also paywalls. She rocketed into the Oscar Best Actress top five shortly after the Netflix film started screening last month, but has only climbed to sixth at the Globes. However, she has two Experts, Shawn Edwards (WDAF-TV Fox) and Erik Davis (Fandango), predicting her to win; four of the top five have at least one win prediction except for Loren (but to be fair, forecasting that the HFPA will give an icon like Loren a nomination is not out of the box at all).

The person Zendaya displaced from the Oscar top five was Day, who could easily make the lineup there and at the Globes as well. She’s a big-screen newcomer — “Billie Holiday” is her feature film debut — and her role is awards catnip, as she plays the legendary but troubled Lady Day — and sings her songs — during some of the most traumatic points in her life, when she was targeted by the Federal Bureau of Narcotics. But the Globes also have an out with Day that they don’t with Zendaya: she co-wrote an original song, “Tigress & Tweed,” for the Hulu film, so voters could “take care of” Day with a song nomination and cover their bases.

Now watch both Zendaya and Day get in. One thing’s for sure: there’s not enough room for all of these women (and don’t forget the long shots who could also surprise), so there’s gonna be a snub or two. Makes you think how things could’ve been had the Globes kept “Promising Young Woman” in comedy.