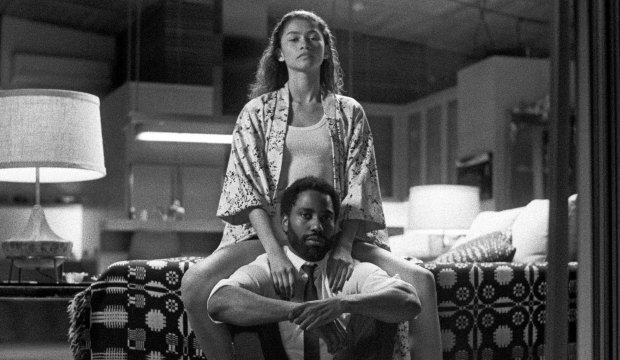 Zendaya surprised many by winning Best Drama Actress at the Emmys for playing a troubled teen in “Euphoria,” which made her the youngest winner in that category’s history. Could she follow that by becoming one of the youngest Best Actress champs in Oscar history? She’s a contender for “Malcolm and Marie,” which debuts on Netflix on February 5. That makes it eligible since the academy extended their eligibility period to February 28 due to the COVID-19 pandemic.

SEE2020 Emmy winners who could get an Oscar nomination in 2021: Regina King, Julia Garner, Zendaya …

“Malcolm and Marie” is a two-hander starring Zendaya and John David Washington as a couple on the brink. It was shot in June during the pandemic, and Netflix paid $30 million for the rights to the film, reportedly beating out HBO, Amazon, Searchlight, MGM, Apple, A24 and Focus Features. Suffice it to say that the price tag suggests strong confidence in the domestic drama, which was written and directed by Sam Levinson, the man who created the series Zendaya just won her Emmy for.

Though the film hasn’t been officially screened for critics as of this writing, three of the Expert journalists we’ve surveyed think Zendaya will be nominated: Eric Deggans (NPR), Shawn Edwards (WDAF-TV Fox) and Sasha Stone (Awards Daily). And if she wins she’d be the fifth youngest in Best Actress history as she will be 24 years and 236 days old when trophies are handed out on April 25. The only four who were younger were Marlee Matlin for “Children of a Lesser God” (21 years and 218 days); Jennifer Lawrence in “Silver Linings Playbook” (22 years and 193 days); Janet Gaynor for “7th Heaven,” “Street Angel” and “Sunrise” (22 years and 222 days); and Joan Fontaine for “Suspicion” (24 years and 127 days).

Despite her youth, Zendaya is already an industry veteran: acting for the last decade from her Disney Channel breakthrough “Shake It Up” (2010-2013) to recent blockbusters like “The Greatest Showman” (2017) and the “Spider-Man” films (“Homecoming” in 2017, “Far from Home” in 2019). Her career leveled up with her Emmy win, and sometimes Oscars take notice of actors who succeed on the small screen: Helen Hunt (“As Good as It Gets”), Halle Berry (“Monster’s Ball”) and Rami Malek (“Bohemian Rhapsody”) won Oscars shortly after winning Emmys.

We’ll find out soon if the hype is real for this pandemic production. But certainly Zendaya is well-positioned in her career to level up yet again to the Oscars stage.