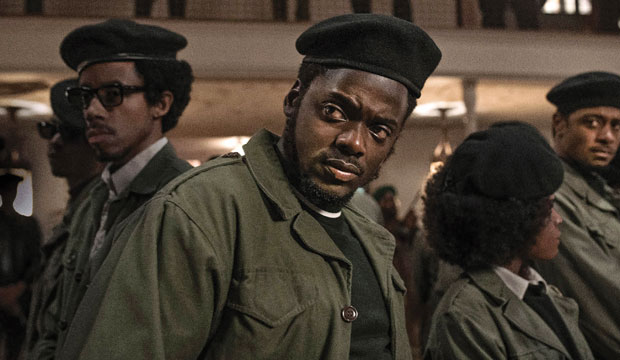 When it comes to supporting male performances, Oscar voters tend to favor those with relatively high amounts of screen time. On average, a winner in the category clocks in at 33 minutes and 54 seconds, and the last four champs have boasted even greater totals. This includes last year’s victor, Daniel Kaluuya, who was honored for appearing in 46 minutes and nine seconds of “Judas and the Black Messiah.” Of the 85 performances that have won Best Supporting Actor, his ranks as the 17th longest.

Kaluuya’s category placement was not easily decided and remains a matter of debate. He was initially included in our predictions center as a possible lead candidate, while his costar, LaKeith Stanfield (who has nearly four more minutes of screen time), was deemed supporting. The two then switched places in December 2020 to reflect Warner Bros.’ official campaign strategy. Shockingly, they both ended up earning supporting nominations four months later, indicating major differences of opinion among academy members regarding the actors’ proper designations.

The 2021 supporting actor contenders’ screen time average of 39 minutes and 47 seconds is the eighth highest in the category’s history. At 54 minutes and 20 seconds, Leslie Odom Jr.’s performance in “One Night in Miami” is the lengthiest of the five and ranks as the 40th longest ever nominated for the award. Like Kaluuya and Stanfield, who place within the all-time top 60, Odom’s supporting status was disputed throughout the season, as was that of fellow nominee Sacha Baron Cohen (“The Trial of the Chicago 7,” 30 minutes and 14 seconds). The only competitor who was left out of category placement conversations was Paul Raci (“Sound of Metal,” 18 minutes and 21 seconds).

The same thing happened in 2020, with Joe Pesci (“The Irishman”) being the only nominee who avoided such scrutiny. Winner Brad Pitt (“Once Upon a Time in Hollywood”) and contenders Tom Hanks (“A Beautiful Day in the Neighborhood”), Anthony Hopkins (“The Two Popes”), and Al Pacino (“The Irishman”) continue to be viewed by many as leads. These five men’s screen time totals all fall between 43 and 56 minutes, and their average of 50 minutes and 32 seconds is the category’s second highest.

72% of all Best Supporting Actor lineups have included at least one performance that clocks in at under 20 minutes. However, this has only applied to four of the last 10 nominated groups. 62% of the time, there are at least two nominees who fall below 25 minutes, but, in the last decade, this has only been true of three rosters.

While the academy’s preference for larger featured male roles remains clear, there is one more recent trend that signals an impending shift in that consensus. In 2019, Mahershala Ali (“Green Book”) set a new screen time record among winners in the category with his total of one hour, six minutes, and 38 seconds. Given Pitt’s screen time of 55 minutes and 12 seconds, each subsequent victor’s amount has, on average, been 10 minutes lower than the last. If this trend continues, it could lead to a resurgence of wins for shorter, indisputably supporting male performances beginning as soon as this year.