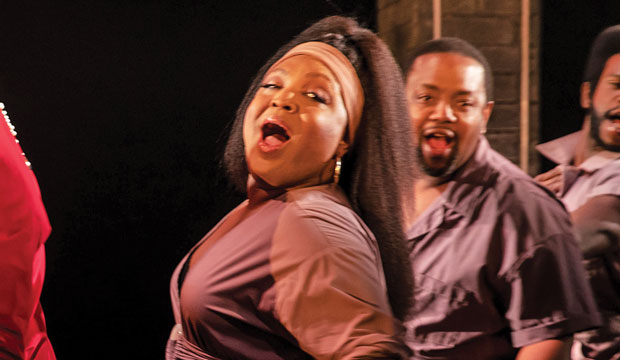 Winners of the 88th Annual Drama League Awards were announced on Friday, May 20 2022 at a ceremony hosted by Emmy Award-winning journalist Frank DiLella at the Ziegfeld Ballroom. The Drama League Awards honor both Broadway and Off-Broadway productions from the 2021-2022 theater season.

Tony Awards frontrunners mostly dominated the production categories. Best Musical went to “A Strange Loop,” Best Play went to “The Lehman Trilogy,” and Best Revival of a Musical was handed to “Company.” The Second Stage Theater production of “Take Me Out” prevailed in the hotly competitive Best Revival of a Play category.

The winners of the Drama League’s inaugural categories for direction of a musical and play went to Marianne Elliott (“Company”) and Kate Whoriskey (“Clyde’s”), respectively. Elliott sits far out front in the corresponding Tony race, though Whoriskey’s triumph comes as a surprise. This frequent collaborator of Lynn Nottage failed to earn a Tony nomination, yet at the Drama League Awards she overcame Tony-nominated directors Camille A. Brown (“for colored girls”), Sam Mendes (“The Lehman Trilogy”), and Les Waters (“Dana H.”).

The Drama League’s most unique category is their Distinguished Performance Award, which encompasses lead and supporting actors, from both plays and musicals, and of any gender. This year’s Distinguished Performance prize went to Sutton Foster, who plays Marian in “The Music Man” opposite Hugh Jackman. A performer can only win this prize once in their career, so Foster won’t show up as a nominee here in for future theatrical outings.

Find the complete list of nominees and winners of the 2022 Drama League awards, below.

OUTSTANDING PRODUCTION OF A PLAY

“The Minutes”
Written by Tracy Letts

“POTUS: Or, Behind Every Great Dumbass are Seven Women Trying to Keep Him Alive”
Written by Selina Fillinger

“Prayer for the French Republic”
Written by Joshua Harmon

OUTSTANDING REVIVAL OF A PLAY

“How I Learned to Drive”

“The Skin of Our Teeth”

OUTSTANDING PRODUCTION OF A MUSICAL

“Oratorio For Living Things”
Composed and created by Heather Christian

OUTSTANDING REVIVAL OF A MUSICAL

OUTSTANDING DIRECTION OF A PLAY

Camille A. Brown, “for colored girls who have considered suicide/when the rainbow is enuf”
Booth Theatre

OUTSTANDING DIRECTION OF A MUSICAL