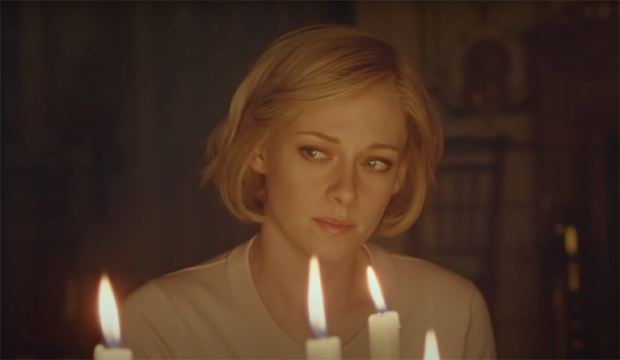 Welcome to Oscar Experts Typing, a weekly column in which Gold Derby editors and Experts Joyce Eng and Christopher Rosen discuss the Oscar race — via Slack, of course. This week, we once again reconvene on Best Actress after Wacky Wednesday.

Christopher Rosen: Hello, Joyce! If it’s a day that ends in “y,” what else are we going to discuss besides Best Actress? The most explosive category at the 2022 Oscars was detonated anew this week thanks to the Screen Actors Guild Awards, which snubbed Kristen Stewart in a shocker no one but my friend at Telluride who hated “Spencer” probably truly expected. We tried to make sense of this earlier in the week but having had days to think about it, I’m actually not all that surprised. When categories are as deep and loaded as this year’s Best Actress race, passion is really the coin of the realm. And while Stewart has steadfastly played the awards game with numerous media appearances, I wonder if there just isn’t enough excitement for her film and performance. It’s great work, no doubt, and the critical praise for Stewart is warranted — but it’s very easy to imagine voters just feeling more enthusiasm for many of the other performers. So easy, we just saw it this week at the SAG Awards. All of which is to say, I’ve moved Stewart out of my Oscar predictions completely — this despite the fact that the odds say she’s still the frontrunner to *win* at the Academy Awards. In fact, I’m ready to throw down for not just Nicole Kidman and Olivia Colman (the top two contenders to me to win at the moment), but Lady Gaga, and a pair of first-timers: Alana Haim and Rachel Zegler. Joyce, I am once again asking for you to tell me I’m out of my mind.

joyceeng: Listen, if this were last week, everyone would say you are out of your mind for dumping KStew, but after the events of this week, a snub is not out of the equation. She’s still in first in the odds as we type but has already started her rapid descent as folks are updating (see the chart below), so it’s just a matter of time before she loses the top spot. I have her in the precarious fifth spot right now and don’t feel great about it. I think she could still sneak out the nomination, but the win is (has) quickly evaporating (ed). No one has won the Best Actress Oscar without a SAG Award nomination. Stats can break, but I don’t think “Spencer” is the film that will do it. As we discussed the other day, the movie has proven to be too alienating for viewers. You could’ve maybe even written off the SAG snub as a fluke, but the BAFTA longlists were unveiled the same day and “Spencer” only got a measly four mentions. We’ve heard about the screening walkouts. You know how we’ve talked about the love for Andrew Garfield’s performance likely carrying “Tick, Tick… Boom!” to a Best Picture nomination? It might be the opposite here in that people were so turned off by “Spencer” that they’re unwilling to vote for Stewart even if they thought she was good (plus, if they walked out of the movie, they never saw her full performance). So now I have the SAG five with Stewart in lieu of Jennifer Hudson and Kidman back in pole position. But I, too, can see Colman or Gaga winning. It’s probably between Kidman and Gaga at SAG and Colman could nab BAFTA, assuming she’s either in the top two or is a jury pick to get a nom. As for the newbies, I dropped Haim, whom I had had in since November, and Zegler is probably better positioned at this point. “West Side Story” underwhelmed at SAG (screener issues) but maxed out at BAFTA and is a top three Best Picture contender. Speaking of, we were desperately seeking a nominee from a Best Picture nominee last week. What if it’s been Gaga all along? Instead of going BOOF!, “House of Gucci” had a great week with three SAG Awards nominations and 13 BAFTA longlist appearances. While you ponder that, please also track down your Telluride pal and get her hot takes on the other contenders.

Christopher Rosen: We’re like ships passing in the night on Alana Haim. Here’s my rationale for now going hard for her and Zegler: passion! It’s all but impossible to watch either “Licorice Pizza” and “West Side Story” and not come away from those films singing the praises of those two leading ladies. Haim is a wonder in “Licorice Pizza” and if the movie is a solid Best Picture contender (which we believe it probably is), I think voters — especially those old enough to remember the 1970s and folks like Jon Peters and William Holden — will find her throwback energy and overall vibe really rewarding. Zegler, meanwhile, explodes off the screen in “West Side Story.” People came into the movie with high expectations for her work — after all, she beat out 30,000 actors for the role and received a seal of approval from Steven Spielberg — and, I believe, she surpassed even the loftiest assumptions. She’s also a charming presence and advocate for the movie — I should know, since I talked to her for Gold Derby; yes, I am a hack, I know. Lots of “I thinks” in this response, but here’s another: I think when a category is like this, without a real locked frontrunner and with numerous worthy options, voters will just go with what they love. Zegler and Haim, I believe, are in that camp, as are Kidman, Colman, and Gaga. So what of Gaga? I could make the case she wins at SAG — it’s just such a big, audience-friendly performance — and her commitment to the role is legend by now. I don’t believe she has enough to go all the way, however, and with each passing day I’m starting to think that we might have a 2019 Oscars race all over again, with Gaga as herself, Kidman playing the role of Glenn Close, and Colman, once again, coming in late with the win.

joyceeng: You don’t need to sell me on either Haim or Zegler. I initially added the former because of the passion factor and Zegler hasn’t yet made my cut because, well, I saw “Licorice Pizza” first and I was also predicting three other “West Side Story” actors, which is no longer the case, so I guess I can add her. Again, I will not be surprised if either makes it as the headliners of the strongest Best Picture players of this field. Kidman can’t be Close because she’s already a winner! And she likely will not be a lone nominee either with Javier Bardem looking good for a nom and the screenplay in the mix. She reminds me more of the woman she beat 19 years ago: Renee Zellweger. I don’t think many pegged Zellweger or Kidman to win second Oscars for something like “Judy” or “Being the Ricardos” — especially with latter’s diverse filmography — but here we are. Both play icons in solid but not beloved films — not to mention, have been cruelly raked over the coals for their looks over the years, and in Kidman’s case, for her looks in this film specifically. The only difference is that Zellweger was the favorite the whole season. If Colman doesn’t take it this year, I feel like she’s winning a second Oscar sooner rather than later. She’s built up such spectacular career momentum since her win. Let me throw out two other names here: Penelope Cruz, who took a hit missing the BAFTA longlist, and Frances McDormand. McDormand has faded from the convo, but “The Tragedy of Macbeth” hits Apple TV+ today, Denzel Washington is locked for a nomination, and we know they love her. Can she surprise in such a fractured race or is there Frances fatigue now?

Christopher Rosen: I’m not sure Frances McDormand or Penelope Cruz can make it. I’m a broken record today but where’s the passion for either? Of those two, Cruz would seem to have the edge — and Sony Classics has perfected the slow build — but I’m not convinced there will be enough juice. As for McDormand, I do wonder if maybe she was right all along: Lady Macbeth is a supporting part and if she was being campaigned there, perhaps she’d be locked in for a nomination.

joyceeng: I actually think Cruz does have passion, but “Parallel Mothers” lacks visibility. And she wasn’t coming into the season with GOAT performance notices like Anthony Hopkins did last year that SPC’s shrewd, tortoise-like campaign for “The Father” peaked at the perfect time. I didn’t expect her to make SAG, but the BAFTA miss is Not Great, Bob. I do agree about McDormand. That role is borderline. It’ll be hilarious if she’s the Lakeith Stanfield of the year, except he was a full-blown lead. I also feel like she might be taking a page out of Jennifer Lawrence’s playbook when she looked on the cusp of winning back-to-back Oscars with “American Hustle” at the ripe ol’ age of 23 but pretty much ground her campaign to a halt and rooted for Lupita Nyong’o, likely wary of impending JLaw fatigue (which led to her break from the biz a few years later). Denzel has been at the forefront of all the “Macbeth” press while McDormand has been mostly dormant. And, hey, winning three Oscars in four years is a lot. McDormand will probably still be at the ceremony to present, and if Hopkins doesn’t attend to present Best Actress, maybe she can do the honors like she did in 2019… and give it to Colman again?