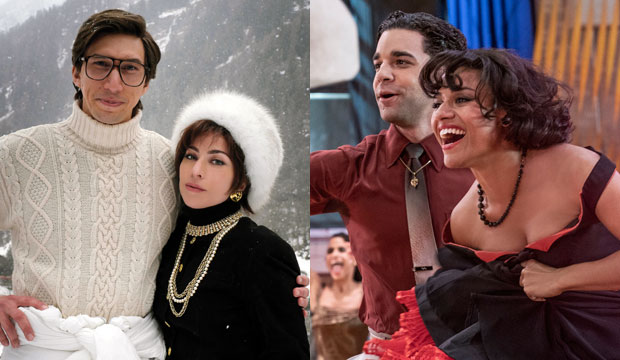 The SAG Awards nominations were announced on January 12, and as this is one of the biggest industry peer group awards in the business (thousands voted for the nominees and well over 100,000 vote for the winners), it can give us a clearer view of how the Oscar race is shaping up. So who’s up and who’s down in the race after these nominations? Here’s how I think the ever-evolving contest is shaping up as of now. Make sure to check out the full list of nominations here.

“Being the Ricardos” — It wasn’t nominated for its ensemble cast, but Javier Bardem did manage to eke out a surprise bid for his performance as Desi Arnaz alongside Nicole Kidman‘s expected nomination for portraying Lucille Ball. That could be a strong vote of confidence for the film overall.

“CODA” — We had been predicting this film for an ensemble nomination, but it was on the bubble in fifth place in our odds. The fact that it managed to break through over top Oscar contenders “The Power of the Dog” and “West Side Story” is especially impressive and may solidify “CODA” as this year’s feel-good underdog in the sane vein as “Little Miss Sunshine.”

“House of Gucci” — Not only did it get an ensemble nomination we weren’t expecting (we’d ranked it ninth with 40/1 odds), it tied “The Power of the Dog” for the most nominations among films. That doesn’t necessarily mean it’s the Oscar front-runner for Best Picture all of a sudden; last year, for instance, “Ma Rainey’s Black Bottom” and “Da 5 Bloods” also tied for the most nominations with three apiece, but neither ended up as Oscar nominees for Best Picture. But with 10 guaranteed slots for Best Picture this year, “Gucci” just strengthened its case to get one of them.

“Belfast” — It earned a nomination for its ensemble cast, as expected, and supporting actress Caitriona Balfe made the cut as well. But we were predicting that supporting actors Ciaran Hinds and Jamie Dornan would be nominated too. The fact that neither of them was singled out is a pretty significant shortfall.

“Spencer” — This film was primarily considered a Best Actress contender for Kristen Stewart‘s performance as Princess Diana. In fact, she was predicted to win the SAG Award and then Oscar. The fact that she wasn’t even nominated by her acting peers was one of the biggest surprises of nominations morning. No one has won the Best Actress Oscar without at least a nomination from the Screen Actors Guild.

“West Side Story” — Late-breaking movies often have a tough time reaching SAG’s nominating committee in time, so such a snub can often be explained away, but these awards did nominate Ariana DeBose for her supporting performance, so we know enough of them saw it in time to consider it. The fact that they didn’t nominate the film’s large and acclaimed cast thus feels like a significant oversight.

“Don’t Look Up” — A film with a cast this star-studded (including multiple SAG Award winners like Leonardo DiCaprio, Jennifer Lawrence, and Meryl Streep) was always going to be a strong contender for the top ensemble award. This film got that nomination and nothing else, just as we were expecting, so this satire is holding steady.

“Dune” — Not too many big-budget action films are embraced by SAG, so we weren’t expecting this to pick up individual acting notices or one for its main cast. But it did get in for its stunt ensemble; a miss there would have been worrisome for the sci-fi epic, so this film hasn’t lost any ground.

“King Richard” — A split decision for the sports biopic. Though it managed an ensemble cast nomination in a crowded field (our odds ranked it sixth in the category) and Will Smith was nominated for playing the title role, Aunjanue Ellis was surprisingly snubbed for her supporting performance despite being recognized by many other awards groups. So this glass is either half empty or half full, depending on how you look at it.

“Licorice Pizza” — We weren’t predicting any nominations for Paul Thomas Anderson‘s period film. Getting in Bradley Cooper for his supporting performance over the aforementioned “Belfast” boys was noteworthy, but I’m not sure that moves the needle for the film one way or the other since Best Supporting Actor isn’t one of the Oscar races where this film is considered most competitive anyway.

“Nightmare Alley” — As with “Licorice Pizza,” we weren’t expecting any nominations for Guillermo Del Toro‘s film noir, but it managed a surprise supporting nom for Cate Blanchett. But thus far she doesn’t appear to be a top contender to win this award at the Oscars. And no cast nomination for a lineup that includes Blanchett, Cooper, Willem Dafoe, Rooney Mara, and more famous faces isn’t great news.

“The Power of the Dog” — It was snubbed for best cast, but honestly it isn’t really an ensemble story. It revolves primarily around four actors, and three of them were nominated individually (Benedict Cumberbatch, Kirsten Dunst, and Kodi Smit-McPhee), so I think it’s doing just fine.

“tick, tick…Boom!” — After its Best Picture nomination at the Critics Choice Awards and making the AFI’s list of the top 10 films of the year, I thought this movie might have an outside chance at a surprise cast nomination from the guild. That didn’t happen, but Andrew Garfield scored an expected nomination for his performance as late composer Jonathan Larson, so no harm, no foul.

“The Tragedy of Macbeth” — It earned the lone nomination we were expecting for Denzel Washington in the title role. A couple more surprise bids would have helped, especially for a story with such meaty roles as the Shakespeare classic, but the film didn’t lose any ground here.