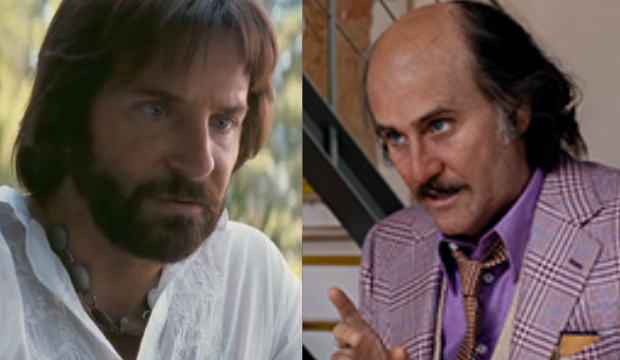 Although Best Supporting Actor Oscar nominees are, on average, recognized later in life than those in any other acting category, there have been plenty of contenders who have strayed from that norm, including the entire 2014 lineup. Their average age of 35 made them the third youngest crop of featured males in academy history behind only the 1957 and 1954 groups. In the end, the oldest of the bunch, 42-year-old Jared Leto, was crowned the winner for “Dallas Buyers Club.”

The quartet Leto defeated included fellow first-timers Barkhad Abdi (28, “Captain Phillips) and Michael Fassbender (36, “12 Years a Slave”) as well as previous nominees Jonah Hill (30, “The Wolf of Wall Street”) and Bradley Cooper (39, “American Hustle”). Having yet to capture the academy’s attention since his victory, Leto may have a ticket back in this year with his performance in “House of Gucci.” If he is given a shot at competing in the next Best Supporting Actor contest, there is a chance that he will have to defend his honor against a previous competitor once more, as Cooper is also in the hunt for his featured turn in “Licorice Pizza.”

With his ever-bright attire and exaggerated mannerisms, Leto steals scene after scene as fashion designer Paolo Gucci in “House of Gucci.” Under heavy makeup, he portrays the grandson of Gucci founder Guccio Gucci as a talentless disappointment to his family whose slow-wittedness continuously gets him into trouble. On his way to a possible second Oscar nomination, he has already picked up a bid from the Screen Actors Guild, who awarded him for “Dallas Buyers Club” and recognized him just last year for “The Little Things.” This makes him only the second man to compete in a supporting SAG category three times, after Chris Cooper (“American Beauty,” 2000, “Adaptation,” 2003, and “Seabiscuit,” 2004).

Cooper has also earned a notice from his SAG peers for his scene-stealing role in “Licorice Pizza,” which focuses on the friendship between an aimless young woman and a teenage actor against the backdrop of 1970s Los Angeles. Cooper appears briefly as real-life film producer Jon Peters, whose volatility is greatly amplified through the actor’s characterization. An Oscar nomination for this role would be his fifth for acting and ninth overall, and could lead to a long-awaited first win.

Aside from his single supporting bid for “American Hustle,” Cooper has also earned three lead nominations for “Silver Linings Playbook” (2013), “American Sniper” (2015), and “A Star Is Born” (2019). He was beaten on those occasions by Daniel Day-Lewis (“Lincoln”), Eddie Redmayne (“The Theory of Everything”) and Rami Malek (“Bohemian Rhapsody”) respectively. His unfortunate losing streak also includes one unsuccessful bid for writing (“A Star Is Born”) and three for producing (“American Sniper,” “A Star Is Born,” and “Joker”).

As it stands, Leto and Cooper are respectively running fourth and sixth in our Best Supporting Actor race. Leto ranks directly between “Belfast” pair Ciarán Hinds and Jamie Dornan, while Kodi Smit-McPhee (“The Power of the Dog”) leads the pack with Troy Kotsur (“CODA”) right behind him. Presently rounding out the top eight behind Cooper are Mike Faist (“West Side Story”) and Ben Affleck (“The Tender Bar”).