The Screen Actors Guild nominations will be announced on Wednesday, January 12, which leaves precious little time for you to make or update your predictions at Gold Derby. Our senior editors Marcus James Dixon, Daniel Montgomery and Denton Davidson recently got together for a last-minute 2022 SAG Awards predictions panic video in which we discuss who will be nominated (and win) in all of the film and TV categories. Do YOU think any of our picks are worthy of sending us to the loony bin? Watch the editors’ slugfest above.

For Best Film Ensemble, the group agrees with the overall Gold Derby odds that “Belfast,” “The Power of the Dog,” “West Side Story” and “Don’t Look Up” will earn cast bids. However, they each have something different rounding out their personal top-five lists. Dixon thinks “Licorice Pizza” will squeak in, while Montgomery picks “CODA” and Davidson chooses “The Harder They Fall.”

While Dixon and Montgomery think Kristen Stewart (“Spencer”) is the one to beat for Best Film Actress, Davidson goes out on a limb in picking Olivia Colman (“The Lost Daughter”) for her first individual SAG Award. As for Best Film Actor, “I think it’s finally time that Will Smith is taken seriously,” Dixon notes about why he’s forecasting the “King Richard” star to prevail. Montgomery agrees that the movie star will take home the trophy, while Davidson once again goes rogue, choosing Andrew Garfield (“tick, tick… Boom!”) instead.

Over on the TV side, last year’s cast winners “Schitt’s Creek” and “The Crown” are not eligible, so we’ll likely have some fresh blood stepping up onto the stage. “Ted Lasso” is the unanimous pick of all three editors to claim Best Comedy Ensemble, while Best Drama Ensemble is a bit more head-scratching. Both Dixon and Montgomery think “Squid Game” could pull off an upset over front-runner “Succession,” which Davidson has in his number-one slot. Dixon reminds viewers that SAG Awards voters have been cruelly tepid on “Succession” thus far, snubbing it entirely for its first and second seasons. 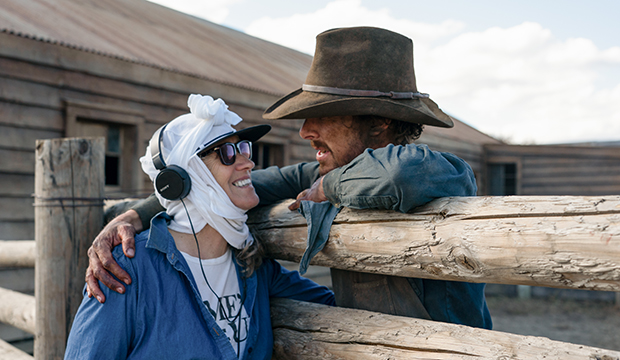