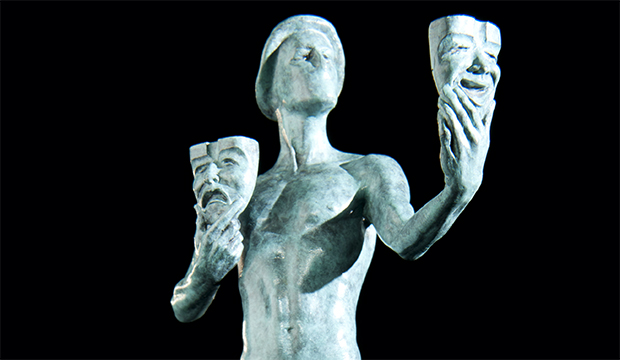 Although he is included among the younger half of all Best TV Drama Actor SAG Award winners, reigning champ Lee Jung-jae (“Squid Game”) was part of the fourth oldest group of nominees in his category’s history. With an average age of 52, the 49-year-old and his 2022 competitors (who ranged in age from 39 to 75) came within two years of breaking the record set by Bryan Cranston (57, “Breaking Bad”) and his fellow 2014 nominees. Now, judging by this season’s predominantly mature crop of hopefuls, that bar is almost sure to be raised.

According to Gold Derby’s predictions, the men most likely to be nominated for the 2023 Best TV Drama Actor SAG Award are past contenders Bob Odenkirk (“Better Call Saul”) and Jason Bateman (“Ozark”), plus category newcomers Adam Scott (“Severance”), Jonathan Pryce (“The Crown”) and Dominic West (“The Crown”). The average ages of our present Top 5 and Top 10 are both 58, with Pryce (75) being the oldest in the bunch and eighth place runner Matt Smith (40, “House of the Dragon”) being the youngest.

Even if some of the actors in our predicted five are ultimately left out, the 2023 lineup’s age average will likely still be record-breaking. Our current Top 15 includes seven men over 60, with the oldest being F. Murray Abraham (83, “The White Lotus,” 13th place), who could make history as the category’s first octogenarian nominee. He, Pryce or Jeff Bridges (73, “The Old Man,” sixth place) could also surpass John Lithgow (71, “The Crown,” 2017) as the oldest Best TV Drama Actor victor.

The records for youngest Best TV Drama Actor winner and nominee are essentially guaranteed to remain intact this year, since the man with the best shot at breaking them – Joseph Quinn (28, “Stranger Things) – ranks 20th on our list. These respective distinctions have long been held by Anthony Edwards (33, “ER,” 1996) and Rick Schroder (29, “NYPD Blue,” 2000). The all-time average age of nominees in this category is 46, but it will rise to 47 if our predictions are correct.