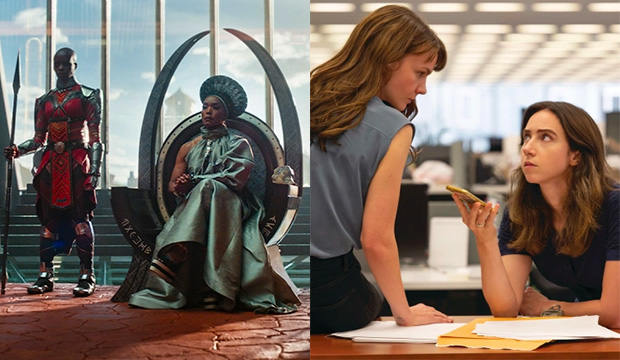 Nominations for the 28th Critics Choice Film Awards have been revealed, and most of this season’s presumed heavy-hitters had great showings. However, voters were less generous toward some of the year’s otherwise generally well-received films. “Women Talking” received six nominations, including one for its ensemble cast, but missed out on individual acting bids for Claire Foy and Ben Whishaw. “Black Panther: Wakanda Forever” and “She Said” faltered in the top categories of Best Picture and Director, while the former failed to join its predecessor as a Best Adapted Screenplay nominee.

Below, we’ve listed the Top 25 Critics Choice film nomination snubs in our estimation. Our odds generally proved reliable this year, but several films and creatives that we thought were strong contenders ultimately fell short. Let us know if there are others missing from this group that merit mentioning by sounding off in the comments section.

SEE2023 Critics Choice Awards nominations: ‘Everything Everywhere All at Once’ leads with 14

Winners of the 2023 Critics Choice Awards for both film and television will be revealed on January 15 during a live telecast at 7 p.m. ET (delayed PT) on The CW from the Fairmont Century Plaza and hosted by Chelsea Handler.

NOT BEST PICTURE
“The Woman King”
“She Said”
“Till”
“Black Panther: Wakanda Forever”

SEECritics Choice Awards: How good are these prizes at predicting Oscars?

NOT BEST ADAPTED SCREENPLAY
“Top Gun: Maverick”
“Bones and All”