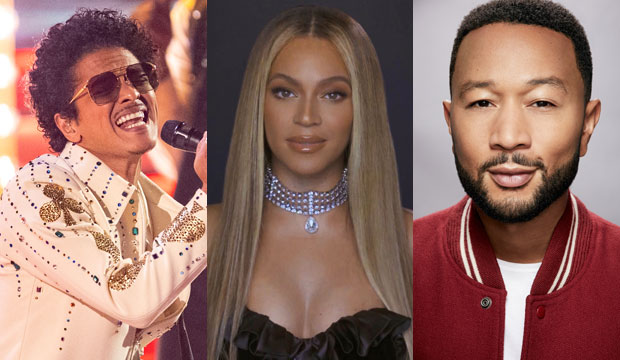 Few years are as packed for the R&B categories at the Grammys as this one. With releases from some of the top artists in the genre and in music in general, as well as a lot of Grammy darlings back in the mix, it seems like many artists will truly just be lucky to net a nom. Let’s take a look at some of the top contenders this year.

We can’t talk about R&B without first talking about Queen Bey. This year Beyoncé could compete in Best Progressive R&B Album with her newest release, “Renaissance.” The album is acclaimed and will easily be the front-runner if it is submitted in R&B (it might instead be slotted in pop). As for song choices, Beyoncé could go for the groovy “Cuff It” or the urban-leaning “Church Girl” for Best R&B Performance, while “Plastic Off The Sofa” seems better suited for Best Traditional R&B Performance. Wherever and whatever she submits, she will likely be a big contender.

Another big contender this year is Summer Walker. With her last album, Walker was surprisingly snubbed everywhere, a move which we might be able to attribute to the R&B nominations review committee and not necessarily voters at large. With those panels now defunct, Walker will see if voters actually root for her as much as the general public does. Her sophomore album, “Still Over It,” received acclaim and was a massive commercial success, topping the Billboard 200 albums chart.

Walker could compete in Best Progressive R&B Album, or perhaps voters will deem this new album a bit less hip-hop-influenced and put her in Best R&B Album. Her SZA collab “No Love” or her City Girls-assisted “Ex For A Reason” were both R&B radio hits and could serve as great submissions for Best R&B Performance, while the Urban AC hit “Unloyal” (alongside Ari Lennox) could perhaps be her ticket to a Best Traditional R&B Performance nom. And speaking of SZA, she will also be in contention with her number-one R&B radio hit, “I Hate U.”

SEE3 ways Taylor Swift made history at the VMAs

Of course, if anyone can sweep this year besides Beyoncé or Walker, it’s Silk Sonic. While their album “An Evening With Silk Sonic” has faded away a bit from the public consciousness, the duo of Bruno Mars and Anderson .Paak are still big Grammy favorites, and the song’s lead single “Leave the Door Open” swept the R&B categories earlier this year. Besides an obvious Best R&B Album nomination and possibly win, the duo could net noms for “Smokin Out the Window” and “Love’s Train,” both big hits on Urban and Urban AC radio.

Another big player who could be in the winning conversation is this past year’s champ Lucky Daye. His “Over” became a massive R&B hit, and will surely pick up one or two nominations. “Candrydrip,” Daye’s latest record, will probably continue his streak of album nominations as well, though it could fit in both Best Progressive R&B Album (like his Grammy-winning effort, “Table for Two”) and Best R&B Album (as his nominated album, “Painted”).

But what about new faces? Muni Long has experienced major success this year with her top 20 hit “Hrs and Hrs”, which could be one of the most nominated R&B songs of the year. Long is also a renowned songwriter, so perhaps voters will feel inclined to reward her for pursuing her own solo project. “Public Displays of Affection,” Muni’s second EP, could also be eyeing a nom. While she’s a past nominee with her sister Halle Bailey, Chloe is another new artist making solo music. Her hit “Treat Me” could net a Best R&B Performance nomination,, especially after being one of the most visible stars of the year. Finally, there’s the TikTok-famous R&B girl group FLO, who have made a splash with their song “Cardboard Box.”

A number of returning nominees could give the big guys a run for their money. Giveon was one of the most nominated artists last year, and could be back again with his newest record, “Give Or Take,” lead by the hit “For Tonight.” Similarly, Brent Faiyaz, who was nominated in the rap field previously, could net a Best Progressive R&B Album nomination for his smash record, “Wasteland.” There’s also Steve Lacy, who could be competing in Alternative or in Progressive R&B. His album, “Gemini Rights,” created a lot of initial buzz, and launched the top-10 hit “Bad Habit,” although that song could also be placed in another genre. Lacy will probably send something to R&B though, maybe the breezy “Sunshine” featuring Foushee or “Static.”

Three-time Grammy winner Lizzo is in similar territory, oscillating between Pop and Progressive R&B with her release “Special.” Grammy winner Chris Brown may also be returning this year, with the release of his newest record “Breezy,” which features the hit “WE” and the H.E.R.-assisted “Closure.” Finally, there’s winner Ella Mai, who has had major R&B radio success with her hit “DFMU,” off of her album “Heart on My Sleeve,” a possible Best R&B Album contender.

Always keep in mind the field favorites. Robert Glasper has been a steady nominee for multiple years now, so his newest record, “Black Radio III,” could easily be in Best R&B Album. The previous editions of “Black Radio” have been nominated, and the first one even won. Another fixture is PJ Morton, whose “Watch The Sun” is one to watch in Best R&B Album. Keep an eye out for John Legend as well, who recently won Best R&B Album in 2021. This year he is going up for his brand new record, “Legend,” a two-disc album. Last but not least, last year’s two-time winner Jazmine Sullivan is eligible for the R&B hit “Hurt Me So Good,” as well as her cover of the standard “Sometimes I Feel Like A Motherless Child.”