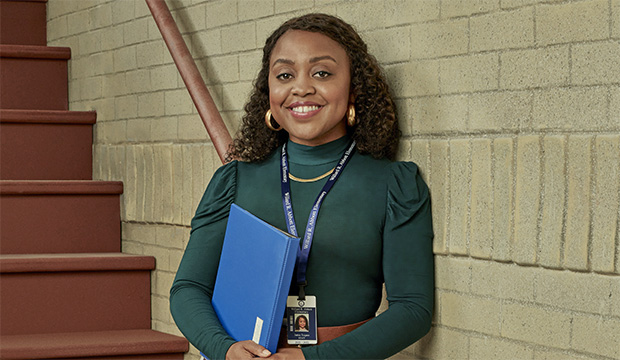 The Critics Choice TV Awards nominations for television were announced this morning, and the chart-topping showing by “Abbott Elementary” demonstrated that you don’t need cable or streaming freedom in order to thrive. In fact, you also don’t even need to be alive, as was made clear by the posthumous noms of Leslie Jordan (Fox’s “Call Me Kat”) for Best Supporting Actor in a Comedy Series, Ray Liotta (Apple TV+’s “Black Bird”) for Supporting Actor in a Limited Series or Made-For-TV Movie, and Norm Macdonald (Netflix’s “Norm Macdonald: Nothing Special”) for Comedy Special. Being deceased and still getting nominated is quite the feat, you’ve got to admit. Convincing enough voters to support someone despite their current inability to breathe, I mean, that’s impressive, arguably even more so than overcoming the limitations of broadcast network primetime.

But let’s focus on the latter for a moment, because “Abbott” is killing it right now. It came out of nowhere to land seven Emmy noms for its first season on ABC, winning three in September: for creator/showrunner Quinta Brunson‘s writing, for casting, and for Sheryl Lee Ralph‘s supporting performance. Now, the Critic Choice Association has cited the mockumentary-style comedy for six honors: Best Comedy Series as well as for Best Comedy Actress (Brunson), Supporting Comedy Actor (Chris Perfetti and Tyler James Williams) and Supporting Comedy Actress (Janelle James and Ralph).

SEERay Richmond: Why ‘Abbott Elementary’ deserves to be an awards juggernaut

Mind you, this is the same “Abbott Elementary” that purportedly suffers the disadvantage of having to slog away on a broadcaster, having to produce 22 episodes over the course of a full season while the cable and streaming competition has only to make 8 or 10 or 12 installments a season. This is to say nothing of the limitations in content freedom (language, nudity, etc.) that purportedly gives the guys not named ABC, NBC, CBS, Fox and The CW a major advantage. But maybe Brunson, who has said she preferred to have the show she created be part of the broadcast universe, knew something everyone else didn’t about comedy and why the old model works just fine.

It’s not some freak accident that “Abbott,” about teachers at an underfunded Philadelphia public elementary school, is not only thriving in the ratings but staking its claim as the second coming of “Modern Family” creatively as well. The truth is that Brunson is onto something when she’s quoted as saying that you have to work harder under the constraints of network comedy, that you have to be more creative to be funny while avoiding profanity and having to slap together your episode on a tighter deadline. “Abbott” has managed to take the best of single cam and  multi-cam production values and melded them into a single style that most importantly builds the comedy off its characters.

There is also an apples-and-oranges aspect to the collection of eight Best Comedy Series nominees at this year’s Critics Choice. “Abbott Elementary” is the closest thing the list has to a traditional comedy. A few of them, like “The Bear” and “Better Things,” barely seem like comedies at all. So part of what has made “Abbott” so instantly popular is the fact it’s easily identifiable as a situation comedy. Viewers know they’ll be getting laughs and plenty of them without their brain having to wage a war with itself. It’s going to fuel the show throughout this awards season, pushing it to major attention at the Golden Globes and SAG Awards as well.

The lesson, if there is one, would seem to be that when it comes to comedy, there still is no substitute for a group of actors being funny together. That sounds pretty basic, but sometimes TV/streaming loses sight of that fact. “Abbott Elementary” is a good old-fashioned C-O-M-E-D-Y in the best sense, and the most welcoming environment for that particular series form to thrive remains (surprise!) a broadcast network.