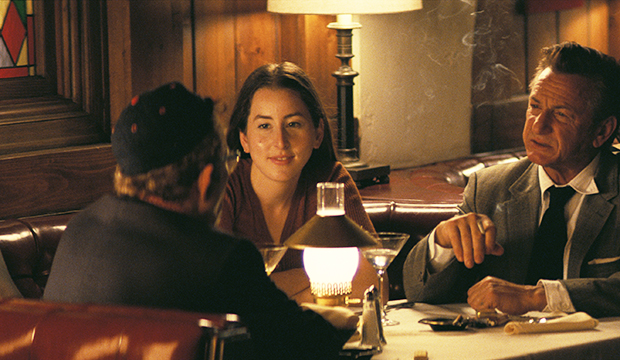 Now that voting for the 94th Academy Awards has closed and we’re just a day away from the nominations being announced on Tuesday, February 8, we’re in that phase during which we make those last-minute changes to our predictions that we, uh, may or may not end up regretting in a few days’ time. While the major precursors and guilds have offered us a lot of clarity on this year’s Oscar races (or so we think), we all know that AMPAS loves to throw a few curveballs our way on nominations morning. And in that vein, I have laid out four Oscar nominations long shots I am predicting ahead of Tuesday’s announcement.

As of this writing, Haim is probably no longer considered a long shot by many after she surprisingly nabbed a BAFTA Award nomination last week. Based on how well “Licorice Pizza” did overall at BAFTA — nabbing five bids, including Best Film in a coveted category of five — it’s fair to surmise that its star was one of the top two vote-getters in the first round of voting (with “House of Gucci” star Lady Gaga presumably being the other). That’s a huge accomplishment for Haim, who made her acting debut in the Paul Thomas Anderson film and, despite reaping a Critics Choice Award nom, was omitted at the Screen Actors Guild Awards (where, to be fair, she was always going to have a harder time getting in, as an acting debutante competing against a handful of household names). Since “Licorice Pizza” is expected to be an across-the-board contender at the Oscars, much like it was at BAFTA, it’s reasonable to assume that Haim could be swept up in the love for the film once again — especially considering she is one of only few potential nominees contending for a forecasted Best Picture nominee.

Now, the main reason I included Haim is that I have both her and Cruz making the cut. Between the two, Cruz certainly had the bleaker precursor run, missing at both the Critics Choice and SAG Awards and being unable to crack the BAFTA longlist. But I chalk up these misses to Pedro Almodóvar‘s “Parallel Mothers” being a late-breaker and its distributor Sony Picture Classics‘ preferred AMPAS-targeted campaign, which started gearing up around the time Oscar voting started. Plus, it’s not like Cruz has been completely ignored throughout this season, which she in fact successfully kicked off by winning the prestigious Volpi Cup at the Venice International Film Festival. She then went on to win two of the Big Three critics’ awards — the Los Angeles and National Society of Film Critics Awards — and, for what it’s worth, did make the Best Actress lineup at Australia’s AACTA International Awards. What’s more, Oscar voters are not only familiar with but also love the actor, a three-time nominee and Best Supporting Actress winner for “Vicky Cristina Barcelona” (2008).

Jesse Plemons (“The Power of the Dog“) — Best Supporting Actor

For the record, Plemons was in my predictions long before he landed the BAFTA nomination for Jane Campion‘s “The Power of the Dog” last week and, like Haim, started ascending in our odds as a result. Though Plemons has pretty much been paid dust outside of BAFTA this season, he has two things potentially working in his favor: the strength of both the Netflix film itself and his co-star Kodi Smit-McPhee. After sweeping the critics’ awards and securing noms at all major precursors, Smit-McPhee is the ostensible supporting actor frontrunner, which could be great news for Plemons. Why? Ask LaKeith Stanfield (“Judas and the Black Messiah”) and Woody Harrelson (“Three Billboards Outside Ebbing Missouri”), who missed important precursors but still grabbed Oscar noms, probably in part on the strength of their eventually Oscar-winning co-stars and category brothers Daniel Kaluuya and Sam Rockwell, respectively — though Plemons admittedly didn’t bag the combo of SAG and BAFTA like Harrelson and wasn’t campaigned in lead like Stanfield. And much like “Judas and the Black Messiah” (2021) and “Three Billboards Outside Ebbing Missouri” (2017) were at the time, “The Power of the Dog” is now projected to be a Best Picture nominee — at the moment, even the category’s frontrunner.

While the actor has the least screen time and least showy character of the film’s main quartet of actors — which is rounded out by Benedict Cumberbatch and Plemons’ real-life partner, Kirsten Dunst — his role is an equally integral part of the story. So, if voters were already checking off Cumberbatch, Dunst and Smit-McPhee, as our odds predict, Plemons might come along for he ride. There’s also the added factor of him being overdue for recognition after turning in great performance after great performance but being consistently overlooked for his work. In the last six years alone, he starred in five Best Picture nominees — including, ironically, “Judas” — which has to count for something, right?

Two words: Diane Warren. Would she likely be the only bid for “Four Good Days” if nominated? Yes. Has the Vertical Entertainment release pretty much been a nonfactor this awards season? Yes. But neither has stopped Warren from getting nominated in the past (see: her recent nominations for “Breakthrough” in 2020 and “Marshall” in 2018). And despite “Four Good Days” being an under-the-radar film, she still managed to land a citation for “Somehow You Do” at the Society of Composers and Lyricists Awards, where she even earned a second nom for “(Never Gonna) Tame You” from “The Mustangs: America’s Wild Horses.” A 12-time Oscar nominee, she’s an unequivocal branch favorite who is still looking to rake in her first victory and is, at this point, never to be counted out.