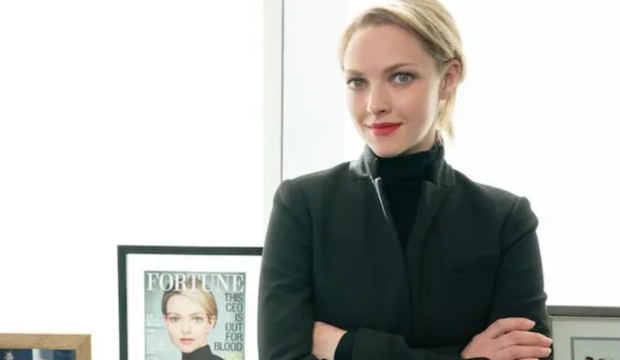 It is safe to say that Amanda Seyfried has entered a new phase in her ever-evolving career. The actress, who got her start in such teen classics as “Mean Girls” and “Jennifer’s Body,” has lately taken on challenging projects that demand precision. Last year, she earned rave reviews for her heartbreaking performance as silent film star Marion Davies in “Mank,” resulting in her first Oscar nomination. Now, she is tackling another real-life person in the Hulu limited series “The Dropout,” garnering similarly rapturous praise that could lead to her attending some other award shows in the months to come.

Seyfried portrays disgraced Theranos founder Elizabeth Holmes, who was convicted of fraud after the accuracy of her blood-testing technology was proved to be falsely reported. The series tracks Holmes’ rise, becoming the world’s youngest self-made female billionaire, and fall, as her credibility was destroyed. Seyfried plays Holmes as an eager upstart, ready to make an impact on the world. We see that she is lacking in social skills, causing her to rehearse lines and deepen her voice to command respect, with the series not only operating as a classic rise and fall story but a character study as well.

With her practiced voice and tenacious spirit, Seyfried is able to capture the former CEO’s unique mannerisms and her drive to be the best. The actress delivers what critics are calling a “career-best performance,” pointing out that she doesn’t simply imitate Holmes. Seyfried manages to find the humanity underneath the posturing, showing us Holmes’s desperation to make a name for herself even if it means fudging some facts that snowball into actionable lies.

Following Seyfried’s newfound respect from her Oscar-nominated turn in “Mank,” it is likely that she will find herself in the Emmy conversation this year with “The Dropout.” She is currently ranked third in the latest Gold Derby odds to earn an Emmy nomination in Best Limited Series Actress, and like Holmes herself in the early 2000s, she is on the rise. Her performance is so carefully crafted that she will likely stay in this upper echelon, unlikely to suffer the same precipitous fall as the character she plays.