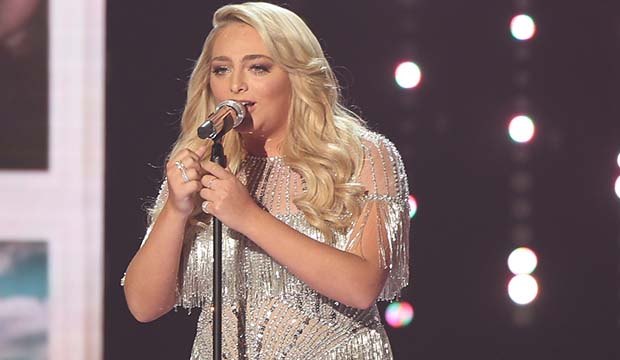 “American Idol” continued with the 18th episode of Season 20 on Sunday, May 8. This installment of the ABC reality TV competition saw the Top 7 singing popular TikTok songs and Mother’s Day dedications in front of judges Luke Bryan, Katy Perry and Lionel Richie. This week’s mentor was none other than will.i.am, who is one of music’s top producers and a member of the Black Eyed Peas.

At the end of the night Christian Guardino and Jay were sadly eliminated. So who was the best from Sunday night? And have they continued to improve each week? Below I rank each hopeful from the least impressive (but with room to grow) to a possible Season 20 winner. Hit the lights and let’s go!

Below is the American Idol season 20 episode 18 performances ranked: Who was best?

5) Noah Thompson (“Painted Blue” by Sundy Best and “Landslide” by Fleetwood Mac):  Throughout the season we have watched Noah Thompson discover how talented he is in front of the entire world. This week was more difficult for the country singer because he was one of the two contestants that was hit with coronavirus. His performance of “Painted Blue” was not memorable. Vocally, he sounded good but the song choice did not really work for his voice. Then, Noah provided his best performance with a Fleetwood Mac megahit. It was a total game changer. Last season Chayce Beckham received votes from additional fans after Caleb Kennedy left the competition. With Noah being the last male country artist remaining, could he snag votes from Mike Parker fans? With this performance, they would be well deserved.

4) HunterGirl (“You Broke Me First” by Tate McRae and “Like My Mother Does” by Lauren Alaina): “You Broke Me First” was a genius song choice from this season’s country superstar. This was one of my favorite performances from her so far. The second song from Lauren Alaina was vocally good, but less memorable. HunterGirl truly has a great chance at winning this season. There was not a dry eye in the building or in the houses of viewers at home after she performed.

3) Leah Marlene (“Electric Love” by Børns” and  “Sanctuary” by “Nashville” cast feat. Charles Esten, Lennon & Maisy): The first song from Børns was completely new to me. Leah owned the stage with the song and just lit up the crowd with her electric performance. Was it one of her best? Not really, but she set the tone for the night and displayed great energy. The second song choice sounded good vocally, but by the end of the night, I had forgotten all about it. The memorability factor was not there for that one.

2) Fritz Hager (“All My Friends” and “The Ocean” – originals): The first performance of his original song had the energy that he always brings to live performances, so it felt like I was watching one of them. The song was not great though, and it did not really leave much of an impression on me. The second original song broke me. This was easily his best of the night. The social media reaction was incredible, so Fritz is likely continuing his journey to the finale.

1) Nicolina (“Alone” by Heart and “Light in the Hallway” by Pentatonix): When it was first uttered that Nicolina was tackling a song from Heart, I was hoping for “What About Love,” but “Alone” was equally as amazing for her voice. This was an unexpected song choice that became the show stopper of the night. I loved every second of that performance. Pentatonix was a bold choice…that paid in a big way. That was, as Lionel said, “flawless.” Her best night in the competition so far, perhaps? If Nicolina is not in the finale at this point, I would be shocked.