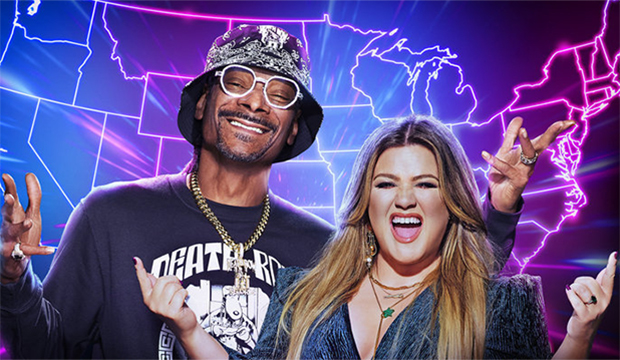 The all-important Semi-Finals of “American Song Contest” air over the next two weeks (April 25 and May 2) on NBC, which means it’s high time for you to make your predictions at Gold Derby. Who will win Season 1? Who will be eliminated in the next live episode? Jump into our predictions center right now and give us your initial picks to prove your worth as the smartest “ASC” viewer on the planet.

Each week the eligible user with the highest prediction accuracy will earn a $100 Amazon gift card and a spot on our “American Song Contest” Season 1 leaderboard. (See our contest rules.) It’s free and easy to register for an account via email, Facebook, Google or Twitter, so what are you waiting for? You can change your predictions later at any time before the live episode airs on ABC.

Kelly Clarkson and Snoop Dogg host and executive produce the NBC reality TV show. It’s based on the overseas hit “Eurovision Song Contest,” which has been a major success story in the entertainment field for six decades (and counting). America’s winning act will earn the title of Best Original Song during the May 9 finale.

Be sure to make your predictions to influence our reality TV racetrack odds. You can keep changing your predictions until just before the next episode airs on NBC. You’ll compete to win eternal bragging rights and a spot on our “American Song Contest” leaderboard. See our contest rules and sound off with other fans in our reality TV forum. Read more Gold Derby entertainment news.