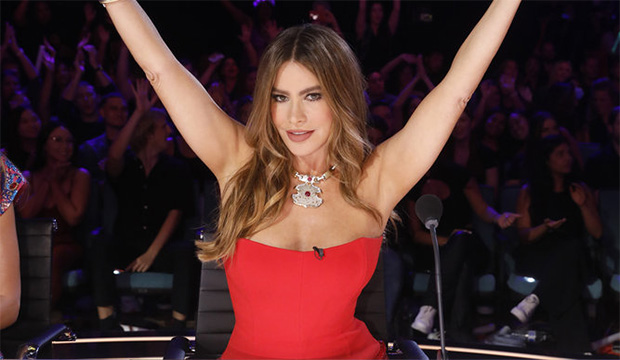 After months of eye-popping auditions and internet-breaking live shows, the “America’s Got Talent” finale aired on Wednesday, September 14 at 9:00 p.m. ET/PT with one act winning the $1 million prize. (See the all-time winners list.) Did the right person win “AGT” Season 17? Vote in our poll below and then read our “America’s Got Talent” finale recap/live blog to see how it all went down. Remember, in addition to the cash prize, the ultimate champ will also join the “AGT” Las Vegas residency at the Luxor Hotel & Casino.

Here were the Top 11 finalists still in the running to win NBC’s reality TV show, as voted on by America:

Keep refreshing/reloading this “America’s Got Talent” finale recap/live blog for the most recent updates:

9:00 p.m. — The two-hour finale starts with Black Eyed Peas singing their mega hit “Don’t You Worry” on a rooftop, then coming into the theater alongside Terry. “AGT” superstars Light Balance keep the energy going by doing one of their signature LED dance performances to the song “Can’t Stop the Feeling” by Justin Timberlake. And surprise, Terry is one of the dancers! “This reminds me of my bachelor party,” he jokes.

9:06 p.m. — As the audience continues cheering, Terry officially introduces the four “AGT” judges to the stage: Simon Cowell, Heidi Klum, Sofia Vergara and Howie Mandel. He then sets up an extended recap of what happened during Tuesday’s performance show. If you missed it, read Gold Derby’s recap of last night’s show right here.

9:13 p.m. — All 11 acts stand on the stage waiting to hear their fates. Terry confirms that the show received its highest number of votes last night throughout the entire season. Simon proudly declares, “For ‘AGT,’ this is the best final I’ve ever been at.” Wow!

9:17 p.m. — Howie is shown on video chatting with all of the finalists in the Sonic Route 44 Lounge. He shares a moment with Celia Munoz where he does his iconic Bobby voice from “Bobby’s World.”

9:19 p.m. — “Barry” Emmy winner Henry Winkler is a huge “America’s Got Talent” fans, so that’s why he’s here tonight as a presenter. The hilarious actor introduces magicians Nicolas RIBS and Yu Hojin alongside 2018 “AGT” champ Shin Lim. Altogether, they deliver some mesmerizing card tricks and close-up magic for the crowd.

9:27 p.m. — Get ready for back-to-back country performances on the big stage. First up, Drake Milligan sings with Jon Pardi to the song “Last Night Lonely,” and then Chapel Heart performs with Darius Rucker to the tune “Something to Talk About.” The entire crowd is up on their feet!

9:38 p.m. — Mike E. Winfield shows a clip package of Simon whining and complaining all season long. “So tonight I’m gonna present to you the roast of Simon Cowell,” the comedian announces. Don’t worry, he turned off Simon’s red buzzer for everyone’s protection. Don McMillan comes out first and does another classic power point presentation. Next up are Mr. Pants, Lace Larrabee and the “roast master general” Jeff Ross. Finally, the Metaphysic version of Simon comes on screen and compliments himself, even paraphrasing the classic line, “I don’t like him, I love him.”

9:50 p.m. — It’s time for Celia Munoz to perform with a pair of former “AGT” ventriloquist winners, Darci Lynne and Terry Fator. Celia begins by singing “Somewhere Over the Rainbow” while brushing her teeth (without moving her lips), and then out pops Darci and her friend Petunia, followed by Terry and his Hawaiian puppet. For longtime fans of “America’s Got Talent,” this segment was truly two decades in the making.

9:55 p.m. — Heidi invites her fellow panelists to Universal Studios Halloween Horror Nights, but they have no idea Heidi is preparing to scare them. Howie and Terry freak out while walking through the haunted house, but then Terry disappears. Sofia and Simon later experience the same scares, but Terry turns out to be one of the zombies. Finally, Heidi does a jump-scare at the camera wearing a bloody mask.

9:59 p.m. — Kristy Sellars and Mayyas are up next for a dual performance. Kristy once again presents her creative animation mixed with pole dancing. The Lebanese dancers join midway through, holding their circular lights and doing choreographed movements that are perfectly synchronized to the music.

SEE‘America’s Got Talent’ episode 21 performances ranked: All 11 finalists from worst to best

10:05 p.m. — Heidi interrupts Terry to showcase a clip package of the host’s best scenes throughout this 17th season. It all culminates with the tear-jerking moment Terry pushed his Golden Buzzer for saxophonist Avery Dixon. The audience starts shouting, “Terry, Terry, Terry!”

10:07 p.m. — That video segment perfectly leads into our next pair of performers, Avery Dixon and Trombone Shorty. Together, they rock the house down with their incredible instrumentals. Trombone Shorty then officially asks the youngster to join him on his tour.

10:10 p.m. — I hope you’re a fan of clip packages, because it’s time for another one. This video highlight some of the most memorable auditions and live show moments of the 2022 cycle, set to the songs “You Make My Dreams” by Daryl Hall & John Oates and “Eye of the Tiger” by Survivor.

10:18 p.m. — The Black Eyes Peas are back in the theater, and this time they’re singing with Sara James. They all belt out the band’s hit tune “Let’s Get It Started.” The performance culminates with colorful neon streamers falling from the ceiling, and Sarah declares she’s “speechless.”

10:22 p.m. — The tears flow as “AGT” uses Proto holograms to beam in many of the finalists’ loved ones from all over the world. A hologram of Tanya Tucker closes out the segment as she gives her support to Chapel Hart. Later, Kia announces they will give a brand new car to the winner and the runner-up.

10:28 p.m. — Terry reminds viewers that the winner will headline the “America’s Got Talent Las Vegas Live” residency at the Luxor Hotel and Casino, in addition to taking home a cool $1 million.

10:30 p.m. — It’s finally time for the results. As always, first we’ll find out who is in the Top 5. Drake Milligan and Mike E. Winfield step forward first, and Drake receives the good news! (Mike is eliminated.)

10:32 p.m. — Nicolas RIBS and Metaphysic are up next. America has voted Metaphysic into the Top 5! (Nicolas is eliminated.)

10:36 p.m. — Mayyas and Yu Hojin are about to hear their fates from Terry. The crowd erupts when Mayyas advance to the Top 5! (Yu is eliminated.)

10:38 p.m. — Just one spot is left in the Top 5, and the three last acts are Sara James, Avery Dixon and Chapel Hart. Drumroll please … huge kudos to Chapel Hart! (Sara and Avery are eliminated.)

10:44 p.m. — Terry now reveals which act finished in fifth place. Unfortunately, it’s Chapel Hart. They give their love to America and thank them for all the support. Simon informs the trio that their song from last night will become a hit record.

10:51 p.m. — Just four spots left. The contestant ending their journey in fourth place is … Metaphysic. Sofia tells them that “this is not the end” and they just happened to compete on a super-tough season of the show.

10:53 p.m. — The act finishing in third place and leaving the competition is … Drake Milligan. That’s a huge shocker because he was predicted to win the entire season, according to Gold Derby readers. “The world is coming to see you live,” promises Howie.

10:58 p.m. — The final two acts of Season 17 are Mayyas and Kristy Sellars. And the winner is … Mayyas! That means Kristy is the runner-up. That’s a wrap for “America’s Got Talent” 2022! Do you love that Mayyas have won the show? Remember to cast your vote in our poll at the top of this post. 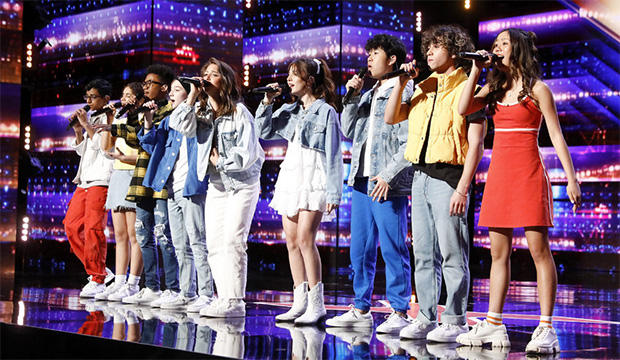