Much of the conversation surrounding this year’s Best Limited Series Emmy race is focused on Netflix, partly because it produced the most recent winner in the category (“The Queen’s Gambit”), but also thanks to its robust slate of one-off shows that aired during the 2021-2022 season. Among these is “Anatomy of a Scandal,” a legal thriller centered on an effort to hold a British politician accountable for his abhorrent actions. Showrunner/executive producer/writer Melissa James Gibson and cast members Michelle Dockery, Rupert Friend, Sienna Miller, Naomi Scott and Josette Simon recently sat down with Edith Bowman for a 2022 Emmys FYC panel during which they expounded on the importance of the show. Watch the video Q&A above.

Gibson, who wrote or co-wrote all six of this series’ episodes, acknowledged “all the excellent raw materials and elements” provided in the 2018 Sarah Vaughan novel on which it is based. Having previously served as a “House of Cards” writer and producer, she not only has a long-established connection to Netflix and a handle on the political drama genre, but also knows how to craft darkly complex characters. As she put it, Vaughan’s book gave her an ample amount of “juicy, thorny psychology to dig into in terms of examination of identity and privilege.”

SEEMichelle Dockery (‘Anatomy of a Scandal’) on playing a prosecutor: ‘I could get all of that rage and emotion out’ [Exclusive Video Interview]

Friend took on the task of playing disgraced Member of Parliament James Whitehouse after speaking at length with series director S. J. Clarkson about the character’s psyche. After initially judging the character as “utterly repellent,” he came to recognize a childlike innocence in the way Whitehouse “thinks that he’s living the charmed life” and is oblivious to his smug sense of entitlement. “To play that honestly and truthfully… that’s what the reward was in the end,” said the actor. “What we might see as privilege, the privileged see as standard.”

Picking up from Bowman’s description of the show as one that “infiltrates the British elite through personal and political scandal in the search for truth,” Miller explained how she approached the role of Whitehouse’s wife, Sophie, whose life implodes when her husband’s infidelity is exposed. She admitted that, although the character’s life goals do not align with her own, she has always known women like her, who are so reserved that “it’s quite hard to see through whatever kind of veneer they’ve put up.” Ultimately, Miller sees Whitehouse as a woman who is “learning on the job” as “she goes on this journey of… an existential crisis.”

Scott also found it physically and emotionally challenging to embody her character, Olivia Lytton, who James Whitehouse took advantage of when she worked under him. With help from Clarkson, the actress worked hard at “calibrating [Lytton’s] emotional trajectory” as the character trod the line of “being in love with someone who’s caused [her] so much pain.” The gravity of the role is not lost on Scott in the slightest, as she hopes her work will spark conversations about how to support sexually abused women.

Dockery and Simon appear on the show as opposing Queen’s Counsels in the Whitehouse case, with the former’s role becoming more impactful as the plot progresses. What drew Dockery to the character of Kate Woodcroft was the mystery surrounding her and the fact that she “becomes far more vulnerable” as “the layers get peeled back.” She also credited the direct influence of an unnamed criminal barrister on her performance, saying it was “really important that we were able to… be educated by her and to… have access to that to make it as authentic as possible.”

Simon’s Angela Regan is the defense counsel to Woodcroft’s prosecutor and, by the actress’ own admission, is someone she wishes she could be more like. She used the English cab-rank rule as a jumping-off point in describing the character’s intricacies, as duty forces her to argue in favor of James Whitehouse regardless of whether or not she feels right about doing so. In researching for the role, Simon sat in the public gallery of London’s Old Bailey and was able to observe “how QCs actually behave,” noting especially that they are often friendly with each other when not in the midst of trial arguments.

Following its mid-April premiere, “Anatomy of a Scandal” remained in the English-language Netflix Global Top 10 for more than a month, and it has indeed struck a nerve with its many viewers. Brian Lowry (CNN) refers to it as “a crisply told, nicely binge-able mystery” while Thelma Adams (The Wrap) praises it as “both juicy and judicial.” Regarding the show’s audience, Gibson said, “I hope they enjoy the ride… I hope they find it a rich journey with these amazingly complex performances.” 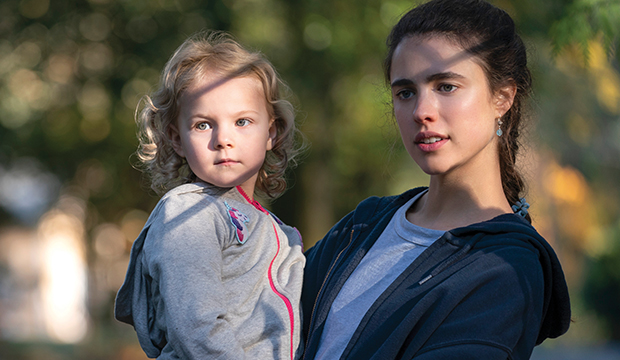