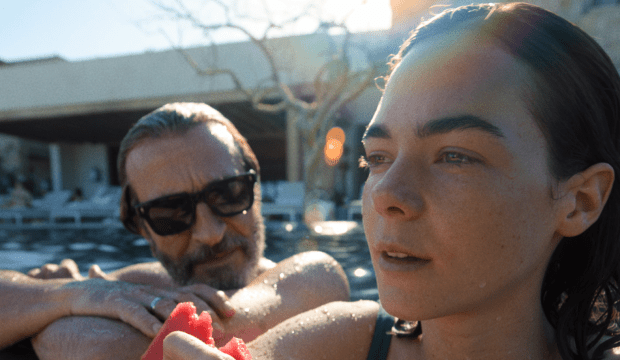 The first trailer for Alejandro G. Inarritu‘s red-hot Oscar contender “BARDO, False Chronicle of a Handful of Truths” just dropped. Netflix is releasing the film theatrically in Mexico on October 27, followed by the US, Spain and Argentina on November 4, and globally on November 18. The film will start streaming on Netflix on December 16.

This wide-screen epic is set in the 1980s and follows the journey of Silverio Gama, a ex-pat Mexican journalist and filmmaker living in L.A., back to his native country to collect an award. He is beset by both memories and fears as he makes his way home. Acclaimed Mexican actor Daniel Giménez Cacho is Silverio and Argentine’s leading lady Griselda Siciliani plays his wife. Iñárritu co-wrote the screenplay with his pal Nicolás Giacobone; they shared in an Oscar for scripting “Birdman” back in 2016.

That film, which won Best Picture, also brought Iñárritu the first of his two consecutive Best Director Oscars. He then won the following year for “The Revenant,” which also bagged Leonardo DiCaprio an overdue Best Actor trophy. While Iñárritu made a short film in 2017, “Flesh and Sand,” that merited a special Academy Award, “Bardo”is his first feature since then.

This also marks the first time that Iñárritu has made a movie in his native Mexico since his acclaimed film debut “Amores perros” back in 2000. That psychological drama contended for Best Foreign Language Film at the Oscars  losing to “Crouching Tiger, Hidden Dragon.”