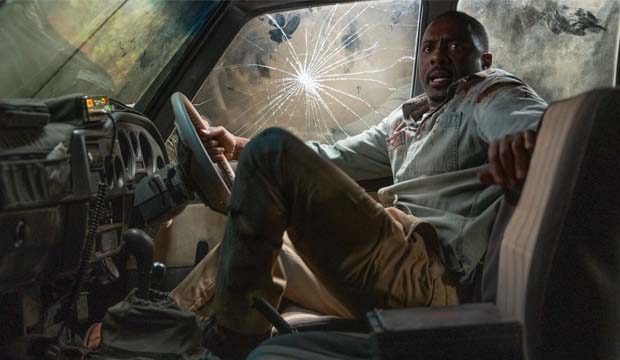 On August 19, moviegoers will be treated to a fight that many entertainment forms have tackled before — Man vs Beast. But in this particular case, “Beast” has a not-so-secret weapon in heartthrob movie star Idris Elba. Based on a story by Jaime Primak Sullivan, the film from Universal Pictures centers on a man and his two teenage daughters being stalked by a vicious lion intent on proving itself king of the savanna. With a freshness rating of 80% on Rotten Tomatoes, the film has impressed the majority of the critics. But what exactly do they think?

Tafadzwa Njovana of Fortress of Solitude starts by praising Elba, whose “prowess is on display again as he stars in Beast, a fascinating, new thriller movie about an African safari gone horribly wrong.” The critic continues, “On top of that, this is a huge showcase of the beauty of Africa and its stunning locations and wildlife.” The script isn’t complex, but this should be a fun summer flick for the average movie-goer.

Casey Chong of Casey’s Movie Mania begins by stating the film “feels like the kind of man vs. beast thriller that belongs in the 1990s era.” Chong especially praises Elba and the impressive CGI wildlife. Yet, “the climactic third act feels surprisingly underwhelming.” In the end, “it feels as if [director Baltasar Kormákur] is running out of steam on how to elevate the thrills further.”

Mikel Zorrilla of Espinof begins by calling the movie “an agile and forceful work that knows how to complicate itself just enough to offer an intense experience to the viewer.”  He continues, “The work of the actors – there are hardly 4 human characters with real weight in the story – helps that this never becomes heavy, but also the visual fluidity of the film, often resorting to long shots to better immerse us in the story.” Praising the realistic approach taken by the script, the ending result “is compelling, makes good use of suspense, and makes the human characters in it matter to you.”

José Roberto Landaverde of Cine Premiere begins by stating that the film “does not tell us something that we do not know, since there are numerous productions that show the consequences of altering places that require maintaining their tranquility.”  He adds, “The lion has a palpable motivation: to show a group of poachers that, in his territory, members of their pride cannot continue to die.” Roughly translated, this is not Simba. “Although the tonality of the project is constantly being juggled, it is the participation of a fourth member of the cast that maintains the interest of the public: Sharlto Copley plays Martin.”

Pablo O. Scholz of Clarín was less impressed by the film, especially the fact that the character seeking revenge is not human. “The script is very basic, and the viewer who is more or less attentive and not sleepy will not have a hard time guessing that everything that happens or is mentioned (the lions that take care of themselves from other animal attacks; the presence of another caretaker; an abandoned school in the middle of nowhere) have a reason and, if necessary, will help the protagonists.” Overall, the film was not one that he would recommend to others.