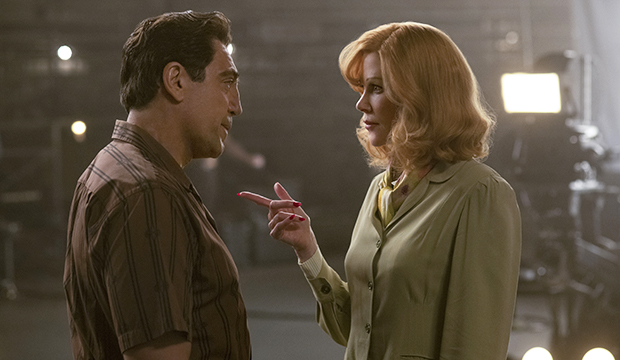 “I Love Lucy” writers Madelyn Pugh Davis and Bob Carroll Jr. thought the seminal CBS comedy series starring Lucille Ball, her husband Desi Arnaz, William Frawley and Vivian Vance would last three months. When I chatted with the duo, who wrote 181 episodes of the classic, in 2001 for the L.A. Times, Davis recalled watching the premiere Oct. 15, 1951 at the home of series director Marc Daniels. “Emily, his wife, was the camera coordinator. She was a good cook. She had dinner and watched the show.” Ball, Davis noted, “was terribly funny and wonderful. We had hopes for the show. We hoped it would be on for 13 weeks.

How about 71 years and counting?

The series ended in 1957 never below No. 3 in the ratings. It was followed by “The Lucy-Desi Comedy Hour” specials from 1957-60, “I Love Lucy” continued in reruns on CBS on primetime for two more years and ran on the network in daytime until 1967. It’s been in syndication ever since, as well as VHS, DVD, Blu-ray and on streaming services in more recent years.

Dozens of books have been written about the Emmy Award-winning series, as well as TV movies, specials, and documentaries. And now there’s a new feature film, “Being the Ricardos.” Aaron Sorkin’s drama shines the spotlight on a week in the life of  Ball  (Nicole Kidman), Arnaz (Javier Bardem), Frawley (J. K. Simmons) and Vance (Nina Aranda).

The film, currently in theaters and on Amazon Prime, illustrates that making “I Love Lucy” was no laughing matter. Ball and Arnaz were having marital problems-they would divorce in 1960 after 20 years of marriage-and the alcoholic Frawley and Vance did not get along. The late William Asher, who directed 100 episodes of “Lucy,” told me in 2001 that the atmosphere on the set was indeed serious. “We were working hard,” he noted, adding that he treated the three-camera filming like a play before a studio audience.

“There was no stopping,” he said. “If an actor got in trouble with lines, the other actors would have to get them out of it. And they would somehow get back on the script. We would start at 7 and we were out by 8:30 a.m. After rehearsals were done during the week, Asher would meet with Ball to go over the physical gags in the script. “What we would do is work out the routine,” Asher noted. “Some of it was embarrassing to try in front of people; I mean, they were pretty ridiculous things to do.”

As depicted in “Being the Ricardos,” Arnaz made very strong contributions to the story. (Ball and Arnaz created Desilu Productions; he was an executive producer of “I Love Lucy” and other shows. ) “He was very serious about his work,” said Asher. “The first time anybody saw the script was Monday morning. He would read it and there would be a long discussion about changes and things to do. He would be the leader of that. He would have more suggestions and story ideas and things to improve the script than anyone else.”

Davis, Carroll and head writer/producer Jess Oppenheimer originally worked with Ball on 1948-1951 CBS radio sitcom “My Favorite Husband,” with Richard Denning. That was the series that CSB wanted her to do with Denning fo  TV.  “Lucille Ball, good for her, said ‘No, No, No,”’ said Carroll. “She insisted on doing a show with Desi.”

The writing team would write the first draft of the script and then Oppenheimer did the rewrite. They stayed away from topical humor and did “stories that everyone could relate to,” noted Davis. “We tried to get real kind of stories,” Carroll added.  “Don’t do business with your friends. Don’t sell the washing machine to the Mertzes.  Real basic things like jealous and money matters.”

“I Love Lucy” was best known for Ball’s extraordinary adeptness at physical comedy. Each episode contained a small physical stunt in the beginning of the episodes and a large one for the finale. “Nothing was too broad or too difficult,” said Davis. All the slapstick scenes were written into the script. “All the stage directions were in black, all caps, margin to margin and sometimes it filled the whole page,” Gregg Oppenheimer told me in 2000.

Oppenheimer is the son of Jess Oppenheimer and author of “Laughs, Luck …and Lucy.” “There was so much black on the page, she called it ‘the black stuff.”’ Ball’s perfectionism carried over to her props. Davis recalled the episode in which Lucy makes a massive loaf a bread. Ball wasn’t happy when she saw the prop loaf because she thought it looked fake. A prop person was quickly dispatched to Helms Bakery which had to create a special loaf pan to make the bread. This loaf passed Ball’s critical eye

Uncle Miltie, aka, Milton Berle, worked with Ball and Arnaz on “The Lucy-Desi Comedy Hour” as well as in the 1959 “The Lucy-Desi Milton Berle Special,” which Arnaz directed. “I have to compliment Desi a lot,” Berle told me in a 1990. “He was really the big-brain behind the Desi-Lucy set up. He was a wonderful comedy director and when I did the Lucy shows, he directed a few. I said, ‘Hey Desi, I want you to do this show.’ He did an excellent job.” He and Lucy first met before they were stars in the mid 1930s “She was gorgeous,” Berle recalled . “We met each other at parties, and we had a few dates, but nothing serious. She is basically the funniest woman I have ever known and a wonderful actress.”

Davis felt that part of the series’ appeal was when you “watch Lucy and Desi you can tell they are in love. I think people sense that. It was nice.” And their fans thought they would get back together after their divorce. “I think in those days, people had shows they watched, and every Monday night you watched ‘I Love Lucy.’ These people came in their homes every Monday night. They were like friends. Everybody felt bad about it.”