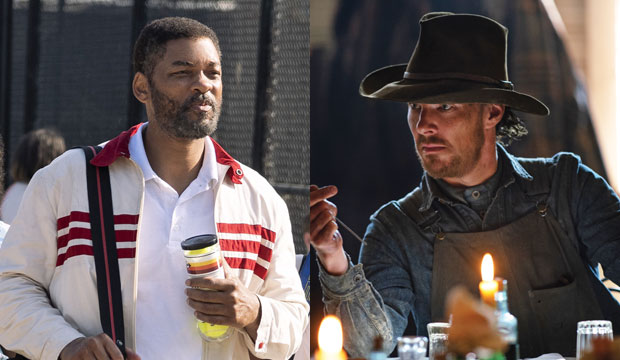 The BAFTAs are one of the best predictors of who will win Best Actor category at the Oscars. In the past decade, nine of the 10 BAFTA champs went on to take the Oscar. The current frontrunner in both races is Will Smith (“King Richard”). But he has a strong rival in Benedict Cumberbatch for his layered portrayal of Phil Burbank in Jane Campion’s intoxicating neo-western, “The Power of The Dog.”

The one BAFTA winner that didn’t repeat at the Oscars was the English actor Chiwetel Ejiofor for “12 Years a Slave”; he lost to Matthew McConaughey, who was ineligible at BAFTAs as “Dallas Buyers Club” was not released in time in England. However, there is more than just nationality propelling Cumberbatch’s candidacy to triumph at BAFTA this year.

Ever since “The Power of The Dog” premiered at the Venice Film Festival last September, critics have raved about Cumberbatch’s performance. David Ehrlich from IndieWire observes, “Cumberbatch is astounding in the role, a definitive career-best.” It is no surprise that he has raked in a remarkable 24 critics’ prizes, by far the most of any lead actor this year.

BAFTA voters are clearly fond of Cumberbatch and his film. “The Power of The Dog” is the second most nominated film with eight bids behind “Dune” at 11. By comparison, “King Richard” only received four BAFTA nominations, and three of those were in categories voted on by a jury, as opposed to the membership at large. There’s a clear discrepancy in the passion for Smith and Cumberbatch’s films. This contrast extends to the actors themselves.

This is Smith’s first ever BAFTA bid despite two prior Oscar nominations for “Ali” and “The Pursuit of Happyness.” Cumberbatch reaped his first nomination back in 2005 on the TV side for his portrayal of the late Stephen Hawking in BBC’s “Hawking.” He has racked up six more TV nominations (and a win in 2019 for “Patrick Melrose”). Ironically he lost his only film nomination for his portrayal of Alan Turing in 2014’s “The Imitation Game” to Eddie Redmayne who embodied Hawking in “The Theory of Everything.”

“The Power of The Dog” leads our BAFTA odds in other top categories: Best Picture, Best Director, Best Adapted Screenplay and Best Supporting Actor. And Cumberbatch could well add to that haul. What do you think?