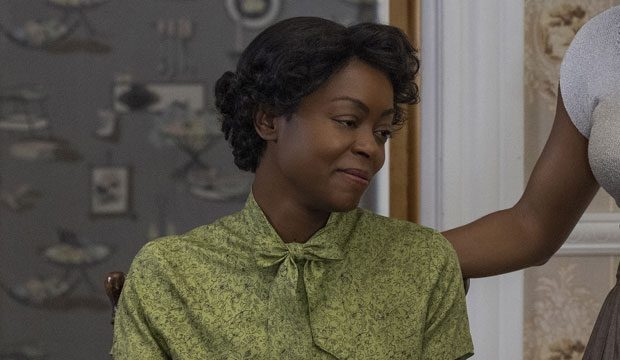 The historical drama “Till” had its world premiere at the 2022 New York Film Festival on October 1, resulting in rave reviews for Danielle Deadwyler‘s performance as Mamie Till, who became a civil rights activist following the 1955 lynching of her son Emmett Till when he was just 14-years-old. Since the film’s bow Deadwyler has been steadily rising in Oscar Experts’ predictions for Best Actress, and now she ranks among the top five likely nominees for the award according to those journalists’ combined forecasts. Scroll down to see the Experts’ predictions graph to see where she stands as of this writing.

On October 2 Deadwyler ranked eighth in the Experts’ forecasts. Then journos started updating their predictions. By October 8 she was in the top five. By October 11 her position was even stronger. Out of the 22 Experts predicting the awards thus far (with more to come), 11 are betting that Deadwyler will at least be nominated. One of them, Shawn Edwards (WDAF-TV Fox), says she’ll win too, which would be historic since Halle Berry (2001’s “Monster’s Ball”) is still the only Black actress to have won lead-acting honors from the motion picture academy.

But Deadwyler will still have to get past multiple industry favorites. Two-time Oscar champ Cate Blanchett is still the Experts’ odds-on favorite for her role as a brilliant, embattled conductor in “TAR.” She’s followed closely by overdue veteran Michelle Yeoh (“Everything Everywhere All at Once”), four-time Oscar nominee Michelle Williams (“The Fabelmans”), and Oscar winner Viola Davis (“The Woman King”). “Till” opens October 14, so Deadwyler will have even more of a chance to make her case for a spot in the final five.