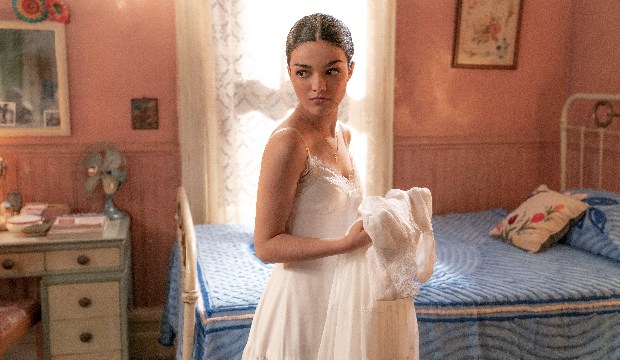 Rachel Zegler surged in Gold Derby’s Oscar odds once her debut in “West Side Story” finally screened, but a snub from the SAG Awards has her flatlining with many pundits. Oscar-watchers should take heed before hastily removing Zegler from their Best Actress predictions, however. Zegler has already won the National Board of Review’s Best Actress prize and she received a Best Young Actor/Actress nomination from Critics Choice.

When looking at Academy Awards history, it’s clear that her breakout performance in “West Side Story” has all the ingredients necessary to crash the Oscars and show those SAG Awards voters why they were wrong to dismiss her.

It’s understandable that Oscar experts would have the knee-jerk reaction to drop Zegler after the SAG Awards nominators omitted her from their lineup. In the history of the SAG Awards, no actress has gone on to win the Best Actress Oscar without receiving a corresponding SAG Awards nomination. Okay, technically Kate Winslet pulled it off when she finally prevailed for “The Reader,” but the SAG Awards nominated her in their supporting category for that film and threw Winslet an additional bid for “Revolutionary Road” in their lead race. This seems like an iron-clad awards statistic until you consider how many SAG-related stats have been dying since the union’s merger with AFTRA.

We used to say that no film could win Best Picture at the Oscars unless they were at least nominated in the SAG Awards Best Ensemble category. But tell that to “The Shape of Water,” “Green Book,” and “Nomadland.” The SAG Awards nominating committee is a random sampling of 2,500 or so members, who may or may not be performers. Once the membership of this voting group expanded to include other tradespeople in the media, the annual SAG Awards nominations have continued to display divergences from the performances that the Academy will ultimately favor.

Big named stars increasingly carry more weight with SAG Awards voters than over at the Academy. That’s why Jared Leto (“The Little Things”) can score a SAG Awards nomination over eventual Oscar nominee Paul Raci (“The Sound of Metal”). Leto’s an A-lister, Raci was unknown. Zegler is similarly unknown, but that may be to her benefit with the Academy. The Oscars frequently find room in the Best Actress race for a newcomer. They love cementing their support behind a breakout star in this particular category, and in recent years, have reserved a spot for such an actress.

Brie Larson filled that slot for “Room” and parlayed it into an Oscar win in 2015. In subsequent years, Oscar voters found space for Ruth Negga (“Loving”), Margot Robbie (“I, Tonya”), Yalitza Aparicio (“Roma”), Cynthia Erivo (“Harriet”), and Andra Day (“The United States vs. Billie Holliday”). All of them first-time nominees.

It’s true that Kristin Stewart could be the actress who was snubbed by the SAG Awards but goes on to score her first ever Oscar nomination. Her performance as Princess Diana in “Spencer” was once presumed to be the Oscar frontrunner, after all. The difference is that Stewart has struggled with the awards circuit once the race moved from critics to the industry. Zegler has major wins under her belt, whereas Stewart does not. Additionally, “West Side Story” is likely to be a Best Picture nominee, and overall love for the film could help sweep Zegler into contention.

SEE Anita in ‘West Side Story’: Will she be the 8th female character to merit multiple Oscar nominations?

It’s worth noting that Zegler’s triple-threat skill set on display in “West Side Story” gives her a distinct edge. In four of the last five years, at least one leading lady was nominated for a singing role. Last year, Day impressively slipped into Billie Holliday while Viola Davis did a bit of her own vocalizing in “Ma Rainey’s Black Bottom.” Renee Zellweger claimed her second Oscar for “Judy” in 2019, Lady Gaga scored her first acting bid for “A Star is Born” in 2018, and 2016 saw Emma Stone win for “La La Land” while Meryl Streep was nominated for some beautifully bad singing in “Florence Foster Jenkins.” Voters clearly respect the level of skill required for these musical roles.

Plus, Zegler doesn’t just sing with a gorgeously fine tuned soprano, she soars through classic songs by Leonard Bernstein and Stephen Sondheim. Tunes like “Tonight” and “Somewhere” have become embedded in our cultural zeitgeist and will be sure to tug at voter’s heartstrings. So when it comes to Zegler’s Oscar fortunes, it’s best to paraphrase her character Maria: there’s a place for her.