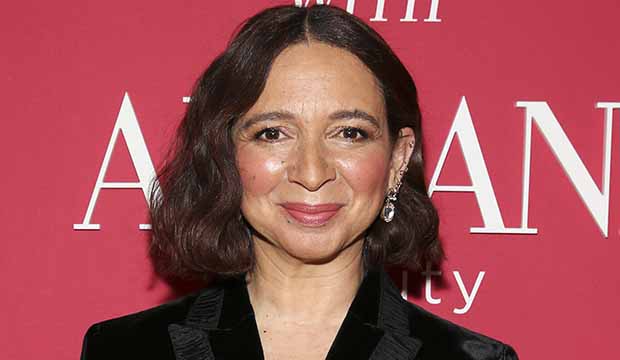 Since 1992, the TV academy has honored the work of voice actors almost annually, beginning with half a dozen cast members from “The Simpsons.” From 2014 onward, the Best Voice-Over Performance award has been bestowed separately from the Best Narrator one, with the inaugural recipient of the former prize having been Harry Shearer of “The Simpsons.” This year’s lineup features seven nominees, including one former winner and two posthumous contenders.

Maya Rudolph, who took this award in 2020 and 2021 for “Big Mouth,” is now seeking her third win for the same show. She is involved in her second consecutive rematches with Julie Andrews (“Bridgerton”), Stanley Tucci (“Central Park”) and Jessica Walter (“Archer”), the last of whom is on her second post-death bid in a row. The remaining three slots are filled by category newcomers F. Murray Abraham (“Moon Knight”) and “What If…?” duo Chadwick Boseman (who died in August 2020) and Jeffrey Wright. In order to determine if any of Rudolph’s challengers can halt her streak, let’s take a look at each one individually. Be sure to make your Emmy predictions in this and 26 other Creative Arts categories by September 3.

The two-time drama guest acting nominee for “Homeland” follows in the footsteps of Stephen Full (“Dog with a Blog”), Wanda Sykes (“Crank Yankers”) and Taika Waititi (“The Mandalorian”) by voicing a live action character who is embodied on screen by someone else. He and Karim El Hakim share the role of Khonshu, a powerful Egyptian moon god who recruits Oscar Isaac’s Marc Spector (aka Steven Grant, aka Jake Lockley) to be his new avatar.

Andrews has now been nominated for both seasons of “Bridgerton,” a live action series that features her in an omniscient vocal role. The true physical identity of Lady Whistledown, a Hedda Hopper-like newsletter writer, was initially kept secret from viewers, but we now know that Penelope Featherington (Nicola Coughlan) is behind the alias. The mellifluous-sounding dame has two Emmys under her belt for Best Variety Series (“The Julie Andrews Hour,” 1973) and Best Nonfiction Series (“Broadway: The American Musical,” 2005).

Chadwick Boseman as T’Challa (“What If…?”)

Episode: “What If… T’Challa Became a Star-Lord?”

Boseman is the 17th male actor to ever be posthumously nominated for a Primetime Emmy. He voiced T’Challa on four episodes of the first season of “What If…?” after having played a live action version of the superhero in the films “Captain America: Civil War,” “Black Panther,” “Avengers: Infinity War” and “Avengers: Endgame.” Prior to his untimely death, there were plans to have him lead an animated spin-off centered on his character.

Though she has played a handful of animated characters on this Netflix series over the course of five seasons, Rudolph’s main role is that of Connie, one of several supernatural creatures who accompany preteens on their journeys through puberty. The monstress appears in puppet and 2-D form as this holiday special’s cohost and helps tell an expectedly raunchy version of the story of the first Christmas.

Tucci has previously won two Emmys each for acting (Best Movie/Limited Actor, “Winchell,” 1999 and Best Comedy Guest Actor, “Monk,” 2007) and producing (Best Short Form Variety Series, “Park Bench with Steve Buscemi,” 2016 and Best Hosted Nonfiction Series or Special, “Stanley Tucci: Searching for Italy,” 2021). “Searching for Italy” is up for the same series award and four others in 2022. On “Central Park,” Tucci emulates past nominees like John Roberts (“Bob’s Burgers”) and Nancy Cartwright (“The Simpsons”) by voicing a character of the opposite sex. His Bitsy is a crabby heiress whose constant goal is to buy Central Park and develop the land for her own profit.

Walter played the mother of secret agent Sterling Archer (H. Jon Benjamin) across all 12 of the FX show’s seasons. Her hard-drinking, tough-as-nails character was given a warm sendoff in the latest episode and is canonically enjoying retirement alongside her husband, Ron Cadillac (who was voiced by Walter’s real-life spouse, Ron Leibman, until his own death in 2019). Walter’s Emmy resume now includes six bids and one win for Best Movie/Limited Actress (“Amy Prentiss,” 1975).

Jeffrey Wright as The Watcher (“What If…?”)

Episode: “What If… Ultron Won?”

The Best Movie/Limited Supporting Actor winner (“Angels in America,” 2004) and three-time “Westworld” nominee serves in the role of this Marvel series’ narrator, an extraterrestrial being who watches over the multiverse and guides viewers through various alternate timelines. In the first season’s penultimate installment, the Watcher is forced to step in and help the Avengers after he inadvertently emboldens the titular villain from the 2015 film “Avengers: Age of Ultron.”

So, who will win the 2022 Emmy for Best Voice-Over Performance? One factor that may impact Rudolph’s shot at a third victory is that she also won Best Comedy Guest Actress (for “Saturday Night Live”) in both 2020 and 2021 but has no chance of doing so this time. Voters may not apply the all-or-nothing tactic now that she is only running in this single race. However, she could easily still pull off this win based on the fact that none of her challengers have any statistical advantages over her.

Since every winner of this award has hailed from an animated series, Abraham and Andrews could be in trouble since they voice characters on live action programs. Abraham, Boseman and Wright are the first performers nominated here for Marvel productions, so it is unclear whether the studio association will help or hurt them. Although Walter lost in 2021 and likely will again this year, the too-soon-departed Boseman may attract greater consolatory support based on the emotional impact of his massively popular “Black Panther” character getting a chance to live on. If anyone can beat Rudolph, it’s him. 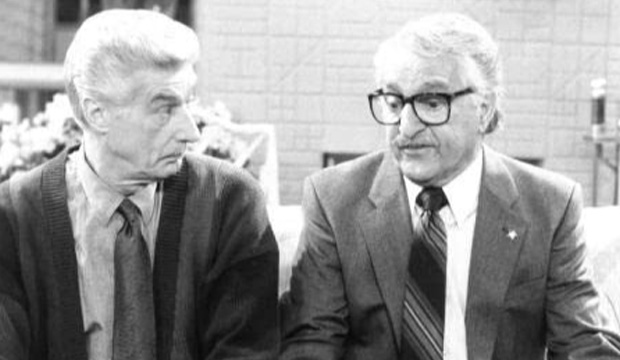