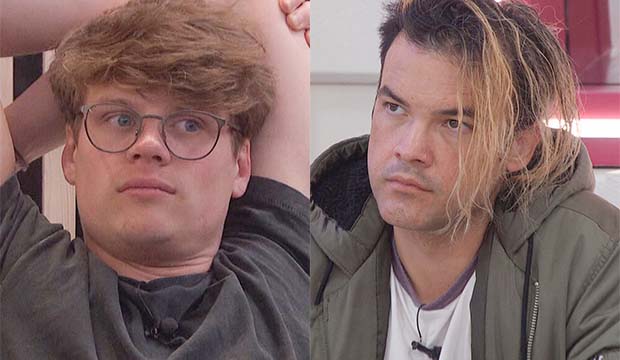 Heading into the fifth eviction episode of “Big Brother 24,” Veto winner Michael Bruner had just removed Joseph Abdin, Monte Taylor and Terrance Higgins from the chopping block. As the reigning Head of Household, he then decided to replace the trio with Daniel Durston and Kyle Capener, with the goal being to send Daniel packing. However, shockers happen all the time in the “Big Brother” house. So who ended up speaking with Julie Chen Moonves at the end of the evening?

Below, read our minute-by-minute “Big Brother” recap of Season 24, Episode 15 to find out what happened Thursday, August 11 at 9:00 p.m. ET/PT. Then be sure to sound off in the comments section about your favorite “BB” houseguests on CBS’s reality TV show, who annoys you the most and who you think will ultimately join the “Big Brother” winners list.

9:00 p.m. — “Previously on ‘Big Brother’!” In the 14th episode, Michael added another Veto win to his season haul by winning OTEV. Daniel joined Terrance, Alyssa, Indy and Jasmine in a plea for Michael to keep nominations the same so they could vote out Monte. The HOH considered the option, but then realized the eviction of Monte would benefit too many peoples’ games besides his own. Michael then decided to use the Veto to pull Joseph, Monte and Terrance off the block, replacing them with Kyle and Daniel. His goal? Evict Daniel from the house. Let’s see if all goes as planned!

9:07 p.m. — Julie kicks off the show by announcing to viewers that the “Festie Bestie” twist will come to an end tonight. I’m ready to see everyone play as individuals, aren’t you? But first, let’s take a look back at what led up to tonight. Following the Veto competition, Michael confirms he knows Monte is a threat, but right now it’s better to work with him than against him. Daniel thinks Michael is just going with the herd, promising to channel his inner Dan Gheesling to save himself. LOL.

9:11 p.m. — Daniel has finally figured out that Kyle is working with the other side of the house. Meanwhile, Jasmine is concerned that Michael, Monte and Brittany have an alliance. Where has she been? Over in the kitchen, Alyssa is sneaking sips of hard cider and slowly gets more and more hammered. What a lightweight. When asked if she drank Michael’s last drink, Alyssa denies it. People are super territorial of food and drinks in this house. First it was Turner eating Jasmine’s muffin and now Alyssa is being called the “Cider Hider.”

9:15 p.m. — Kyle cam talks and says he has to ditch Alyssa and remain true to the Leftovers. Her attempt to try to blindside Monte was just too sloppy and put him in a bad spot. When he’s alone with her, Kyle tells Alyssa it wouldn’t hurt for them to be more distant. Alyssa is frustrated and confused. Meanwhile, Daniel talks to himself about how everyone is afraid to play for themselves. He’s right that Monte is playing a strong game, but he’s far from a master manipulator.

9:20 p.m. — Daniel knows he has to break up a large alliance, but also break hearts to stay in this game. It’s time for him to try to turn Alyssa against Kyle. Daniel is convinced he has Jasmine and Terrance’s vote. Between them, he thinks he can get Indy. That leaves him with Alyssa and Joseph. Poor guy thinks Joseph is up for grabs. I give him credit for trying.

9:23 p.m. — Daniel approaches Alyssa and acts as if he’s being a loving friend. He exposes the Leftover alliance (he doesn’t know their official name) and reveals to Alyssa that Kyle is aligned with them. Now Alyssa is questioning if Kyle has real feelings for her. Next, Daniel sits down with Jasmine and Joseph hoping the latter will “listen to reason.” Daniel asks if they really want to constantly battle Monte and Michael in competitions, not to mention a showmance in Kyle and Alyssa. Joseph is shocked at how much information they’re spilling. He actually considers voting with them to mask his alliance, knowing Daniel still won’t have the votes to stay.

9:38 p.m. — It’s time for the live vote and eviction. Prior to the vote, each player on the block has one more chance to address the houseguests. Daniel asks everyone to evict him and says he would rather be evicted than live inside the house with these bozos. He highlights that Michael has won five competitions and people are foolish if they don’t see what’s coming. Next, he says they can vote to save him and change the game or vote to evict him and make this season boring. Exciting! Next, Kyle says something forgettable and I’m sure nobody listened. Following all of that and a short commercial break, the houseguests vote 8-1 to evict Daniel. Terrance was the one stray in Daniel’s favor. Daniel bolts, only hugging Terrance goodbye.

9:47 p.m. — After Daniel’s exit interview with Julie, she calls the rest of the houseguests to the living room for an announcement. The “Festie Bestie” twist is OVER! Also, everyone remaining has at least made it to jury. Next, she tells everyone outside to begin the battle for Head of Household.

9:59 p.m. — Tonight’s HOH competition is an epic battle of endurance. A classic wall competition where the last player hanging on will rise to power. It certainly won’t end tonight, but we know two people won’t win: Michael, who is the outgoing HOH and not allowed to play, and Jasmine, who sprained her ankle weeks ago and appears to have zero pain tolerance. Jokes aside, I’m a little concerned about how Jasmine will be falling off this wall. Before signing off, Julie lets us in on the latest twist. Next Thursday, the house will split into two groups. The two groups will not interact and two completely separate games of “Big Brother” will play out all week long. All of it will culminate in a double eviction like never before. Wow!  Just before the live broadcast cuts out, Jasmine falls off the wall as expected. It looks like she didn’t hurt herself. Phew. That’s a wrap for tonight!