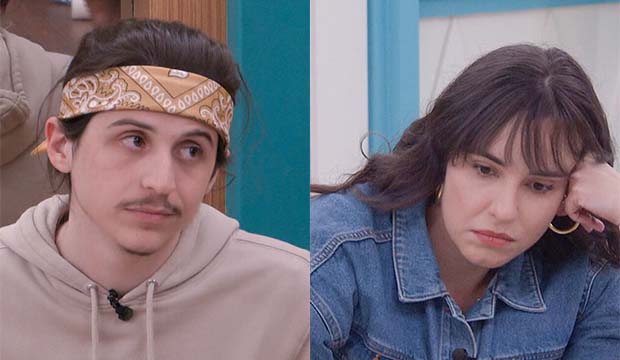 Heading into the 11th eviction episode of “Big Brother 24,” Veto winner Monte Taylor held all the power to decide who would join him and Head of Household Taylor Hale in the final three. Did he choose to keep Brittany Hoopes, who seemed like the easiest person to beat on finale night? Or did he keep his good friend Matthew “Turner” Turner, who is was more likely to take Monte to the final two? Let’s find out who made the final three and who ended up speaking to Julie Chen Moonves.

SEE Save this: Here is the ‘Big Brother 24’ TV schedule all the way through the finale

Below, read our minute-by-minute “Big Brother” recap of Season 24, Episode 33 to find out what happened Thursday, September 22 at 9:00 p.m. ET/PT. Then be sure to sound off in the comments section about your favorite “BB” houseguests on CBS’s reality TV show, who annoys you the most and who you think will ultimately join the “Big Brother” winners list.

9:00 p.m. — “Previously on ‘Big Brother’!” In the 32nd episode, Monte won the Power of Veto, saving himself from becoming juror #8. Now he holds all the power to evict either Brittany or Turner from the game. Who will he choose? It’s time to find out!

9:12 p.m. — Taylor holds the title of HOH. Monte holds the power to evict. But is the honeymoon over for these two? The two begin irritating each other with petty, spiteful comments. Monte seems a little oversensitive and Taylor is sick of him assuming her space is his. She doesn’t like how the boys make Brittany feel unwelcome in the HOH room. Later, Monte admits to Turner that he and Taylor have made a “connection,” but he’s not sure they could have a relationship beyond the game. When Monte heads back up to the HOH room, he tells Taylor her comments to him are offensive and he feels like she’s on a “power trip.” Monte is acting like a total child. Regardless, Taylor apologizes to Monte for her actions, but he refuses to apologize for how he treats Brittany. Instead he tells Taylor he has a low tolerance for “disrespect” and it’s a turnoff. Monte decides not to spend the night with Taylor anymore. He takes it one step further and reminds her how everyone called her “cold” and hard to like the first few weeks in the house. Not a good look, Monte. Taylor says she has better things to worry about than some guy.

9:22 p.m. — It’s time to check in with the jury house! We pick up with Indy Santos, Jasmine Davis, Joseph Abdin and Kyle Capener welcoming Terrance Higgins to the house. Michael Bruner quickly joins as well, showing everyone how the double eviction went down. The jury respects Turner winning his third HOH, but Terrance credits Michael’s eviction to Monte. Michael agrees, saying Turner didn’t own up to evicting him, which is a missed opportunity. Michael will vote for a competitor who owns their game. Next, Alyssa Snider joins the jury and shows everyone how she was evicted during Monte’s HOH. The consensus seems to be that Turner has terrible jury management and Monte is in a really good place.

9:30 p.m. — The final four houseguests receive emotional messages from home. Everyone tears up, but nobody ugly cries quite like Turner. He’s a blubbering mess. Being separated from family for so long has really been hard on these houseguests. With renewed energy, Brittany makes a final pitch to Monte. She says he and Turner have similar games, but Turner made the big moves and Monte was more like an accomplice. Her point is that she would be easier to beat in a jury vote. Monte knows she’d also be easier to beat in a physical competition. Would it be in his best interest to evict Turner tonight?

9:39 p.m. — It’s now time for the final Veto meeting of the season and tonight’s live eviction. As the holder of the Veto, Monte is safe and can’t use it to save anyone because there are no replacement options. Brittany and Turner give final pitches to stay in the game. Brittany’s is respectable. She makes good points. There’s no way she can win this game. But Monte evicts her anyway. Brittany becomes Juror #8 and Turner has secured a spot in the final three.

9:45 p.m. — Julie gathers the final three in the living room. She congratulates them and reveals the season finale is on Sunday, which is news to them. In just three days Taylor, Turner or Monte will be cashing a $750,000 check.

9:55 p.m. — Julie welcomes a Cookout reunion to the “Big Brother” stage. Xavier Prather, Derek Frazier, Azah Awasum, Kyland Young, Hannah Chaddha and Tiffany Mitchell are here to give their opinions on this season. Hannah explains why an alliance like the Cookout is unlikely to happen again. Azah is disappointed that women can’t stick together and the women’s alliance formed on Day 1 fizzled. Taylor is the only woman in the final three. Derek says he’s rooting for Taylor and Turner in this game. Taylor has played the best game and her back has been against the wall all season. Xavier is both impressed and annoyed by Turner and Monte. He agrees that Taylor has poise and grace that will go a long way in the jury. Kyland also seems to think it will come down to Taylor and Turner. Not a lot of love for Monte from this crew!

9:59 p.m. — That’s a wrap for tonight! Go to cbs.com/bbvote to cast your vote for America’s Favorite Houseguest and tune in to the live finale on Sunday, September 25.