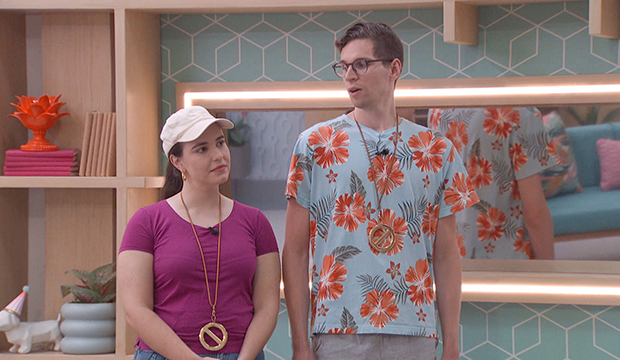 Michael Bruner picked up his fifth comp win and fourth Veto this week on “Big Brother 24” when he won OTEV. Sure, he was also aided by Terrance Higgins throwing it to him in a misbegotten attempt to save Daniel Durston, but still, a win is a win. That also means that his festie bestie Brittany Hoopes is in the “BB” annals as a co-winner of OTEV even though she was the first one to be eliminated from the comp. As a superfan, Michael is no doubt aware of the OTEV curse and the fact that Cody Calafiore broke it in 2020 when he became the first OTEV champ to win the whole game in the same season. That didn’t kick off a new trend, though, since Alyssa Lopez was evicted in seventh place last season. Can Michael or Brittany become the second?

Before Cody, no one had ever won OTEV and gone on to win the season. The iconic Veto comp was first played in Season 7, the first all-stars outing, in 2006 and has been in every installment since except for Season 10. Here are all the OTEV champs:

Dan has also won OTEV and the game — but in different seasons. He took home the $500,000 in the OTEV-less Season 10 before coming in second place in Season 14. He is one of four OTEV champs who finished as runner-ups, alongside Ryan, Liz and Tyler.

The festie bestie twist complicates how you want to look at this season’s OTEV results. Michael is the one who actually won the comp, so if you’re a “BB” purist, you probably don’t consider Brittany as a real OTEV champ. Nevertheless, they shared the Veto. The finale is still more than a month away and history has shown that the OTEV winner loses way more than not, but as it stands, Michael and Brittany are in decent positions. They’re both in The Leftovers, the dominant and large alliance of the season that the other side of the house has not completely clocked yet, so if things continue to go the group’s way, Michael and Brittany may not have to start thinking about the OTEV curse until final seven. And despite his loaded resume, Michael is not the primary house target since the other side still can’t stand Taylor, and Monte is seen as a huge threat, even by Michael himself, who entertained the idea of taking a shot at his fellow alliance member this week.

Still, he might want to chill out on the comp wins for a hot minute.