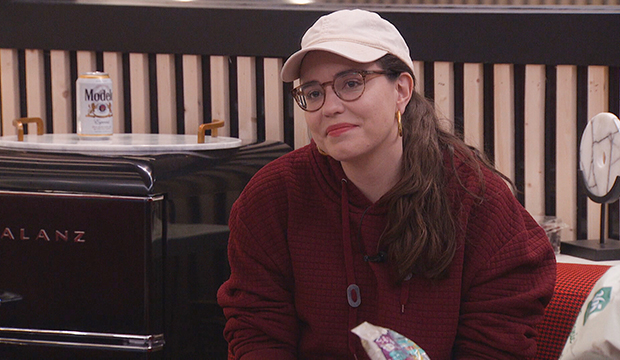 Wednesday was a long, lazy day in the “Big Brother 24” house until Brittany kicked Operation Save Alyssa into high gear again, only to see it crash and burn.

Still adamant about keeping Alyssa and blindsiding Taylor, Monte and Turner, Brittany told Alyssa she still has her vote and to confirm with Turner that he will keep her. He promised “1,000 percent” that he would, but it was lip service. Alyssa then checked in with Monte, asking if he would consider keeping her if it’s a tie. He said he would think about it, but he later told Taylor he’ll probably tell Alyssa on Thursday that he won’t keep her.

Brittany took matters into her own hands, grilling Turner about his vote. He told her about how he didn’t like Alyssa threatening their friendship if he didn’t vote her way, so he’s been telling Alyssa he’s keeping her but he won’t and will explain it in his goodbye message. Brittany really tried to the force the issue here, repeatedly asking Turner if he’d reconsider and give Alyssa a sympathy vote. Hilarious to think about sympathy votes heading into final four. There are only two votes! She acted like she was planning on keeping Taylor, so if Turner keeps Alyssa, they can force Monte to break the tie. We all know her true plan is to flip Turner so they can both evict Taylor 2-0, and Turner does too. He said he’d think about it and Brittany did the whole “It’s up to you, but…” thing. Subtle.

Later, Turner spilled to Monte and Taylor about Brittany’s shenanigans and told Taylor he’s keeping her. They vented about Brittany’s sloppy game and how done with her they are. So Alyssa is a goner, and the only question is if Brittany will fall in line and evict her or be messy and force the tie.