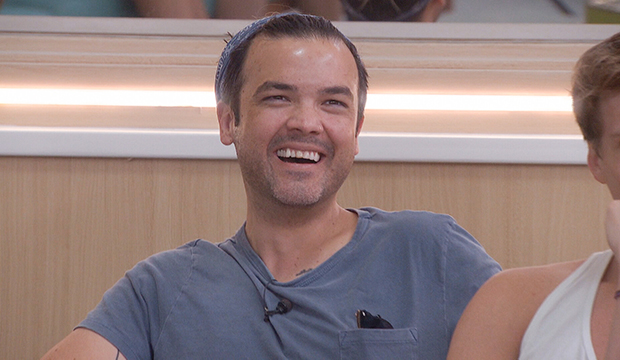 Wednesday was another slow day in the “Big Brother 24” house since everyone has accepted Daniel‘s fate on Thursday. But that didn’t stop him from trying to make some waves on the way out.

Daniel put in arguably his best game move and most accurate reading yet in his one-on-one with Alyssa, telling her that he knows he’s leaving but wanted her to have some info. He said that Michael, Monte, Joseph, Brittany, Turner, Taylor and Kyle are all in an allianc — yes, he named all seven — and shared how he and Nicole noticed six of them holed up in the HOH room last week except for Kyle. He believes Kyle being MIA was part of their plan so Kyle could keep Alyssa “distracted” and get intel from him and Nicole to report back to them. This is the most right Daniel’s been all season. He also told her that Kyle asked him if they were keeping the noms the same after they won Veto last week, which meant Alyssa and Indy staying on the block, and that Monte had also requested for the Veto not to be used so they could evict Alyssa. She asked if Kyle would’ve used the Veto if Daniel didn’t want to, to which Daniel said no.

Alyssa immediately spilled the convo to Kyle, naturally. He was taken aback by it and there was an awkward exchange when she grilled him about the Veto with him, but he promised that he was definitely going to save her. “I don’t know what he was saying, but I was taking you down no matter what the whole week,” he said. She told him what Daniel said about him being in an alliance and Kyle didn’t outright deny it, instead saying, “I don’t want him to put that in your head.” She said she would never think that. Those answers seemed to be good enough for Alyssa, who obviously didn’t want any of these things about her showmance to be true.

Speaking of showmances, Michael, Taylor and Joseph concocted a plan for the latter two to fake a showmance as a way to cover Jaylor’s hangouts and bond with Alyssa. This fauxmance plan involved Michael spreading the news — starting with Alyssa because you’re assured gossip will get around — that he caught them canoodling in his HOH bed. Joseph and Taylor each did their part, feeding Convenience Store a bunch of stuff like, “Who knows? We’ll see?” Joseph said he didn’t want to complicate things because he’s not sure what Taylor’s game plans were. Indy was not please that her bestie enemy was starting a showmance with her “best friend.”

But all the schmoozing Joseph and Kyle are doing with them is working because by the end of the night they found themselves in a new fake (for them) alliance called Five Swatters with Jasmine, Indy and Alyssa with Terrance on the periphery. A terrible name, but this is a way for The Leftovers to manage the other sides since Jasmine is convinced Joseph isn’t working with the other side.