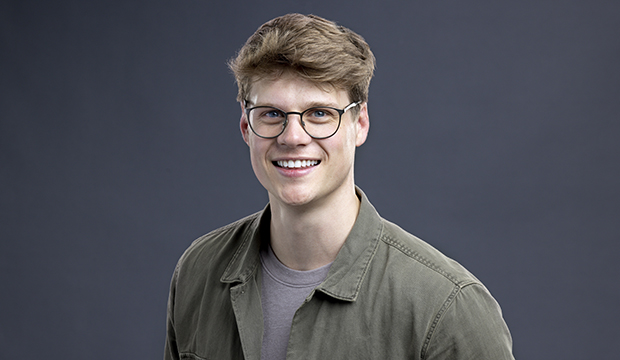 During the third week of “Big Brother” Season 24, a seven-person alliance known as the Leftovers rose to power and savagely evicted two power players, Ameerah Jones and Nicole Layog. This group continues calling each and every shot in the house, which is why they lead our “Big Brother 24” week 5 power rankings. Below is our ranking of the Top 6 MOST powerful players in the game currently. Check out our quick assessment of their positions in the house. Do you agree or disagree with our takes? Sound off in the comments below.

1. Kyle Capener – The self-anointed founder of The Leftovers, Kyle actually does hold the most leader-like spot within the alliance. Whether it was luck or skill, he managed to escape the dicey situation of being between a rock (snubbing his alliance to get rid of Nicole) and a hard place (going with his alliance’s plan to oust Alyssa Snider) last week. His budding showmance with Alyssa should put him at more risk than it does, but instead it’s provided him a window into the other side of the house — in fact, the reason he created the new alliance to evict Ameerah is, in part, because Alyssa spilled the beans about the Girl’s Girls alliance. Despite having a fence-riding position, Kyle has remained off most people’s radars and with Alyssa and her allies could eventually make a damaging power move to shift power against The Leftovers when the time is right.

2. Taylor Hale – Once public enemy number one, Taylor was on thin ice for the first four weeks, but now holds a significant amount of capital in the game. The new alliance not only gave Taylor some friends in the house, but also showed her loyalty with their intention to honor her wishes of not being used as a pawn and then by protecting her once she was forced on the block as a pawn. There’s a new pep in Taylor’s step and you can tell she’s riding high on the words of her alliance that is committed to saving her from the nomination chairs since she’s been up so often already. At this point, she’s fully protected by the alliance and as a part of a sub-alliance with Michael and Brittany Hoopes.

3. Joseph Abdin – When Pooch left earlier than anticipated, Joseph lost his closest ally, but the silver lining was the Festie Bestie twist that resulted in his initial pairing with Monte. Since then, both have guided The Leftovers in the direction they want, aided by Monte’s powerful reign as HOH. Unlike Monte, Joseph managed to come out of week four unscathed. Aside from being one member of a “strong” set of Besties (along with Terrance Higgins, too), Joseph is not on any radars as the next to go. More than that, Joseph is playing an aggressively strategic game and, even when Pooch was in hot water, has a keen awareness about what’s really going down in the house.

4. Matthew Turner – As far as early game HOH reigns go, Turner’s could not have gone any better for him. Not yet in an alliance with the Girl’s Girls players, the switcheroo that happened to flip the script on Ameerah didn’t make waves for him. Instead, Turner was swept up in a new alliance that needed his reign to enact their first blindside and now he’s sitting pretty within what appears to be the alliance’s core group (him, Monte, Kyle and Joseph) having not made enough enemies to be vulnerable to anyone else’s sword.

5. Monte Taylor – Whether he expected to or not, Monte has become the de facto figurehead of The Leftovers thanks largely to Daniel Durston‘s public declarations of it after Nicole’s eviction. Being HOH always comes with “blood on your hands,” but Monte may have gotten more on his than he bargained for. In fact, Michael is entertaining the idea of blindsiding Monte this week in an assessment of whether now is the time for him and Brittany to make the inevitable big move against his own large alliance. Like the three recent evictees, Monte is proudly putting himself on the block as a pawn, but could very well find himself on the losing end of another blindside, too. And if not this week, the conversation that “Monte is a threat” has already started.

6. Michael Bruner – You’d think the current HOH would be a pretty powerful player, but as is the case with Monte, Daniel found a way to make sure everyone knows Michael could very well win the game if he gets close enough to the end. But then again, Michael announced himself to the house the second and third time he won the Power of Veto comp and then his first HOH in only five weeks. By all accounts, Michael is the challenge beast of the season and that’s a great place to occupy in the beginning of the game, but every week his name will be tossed around as a threat that needs to be evicted sooner rather than later.