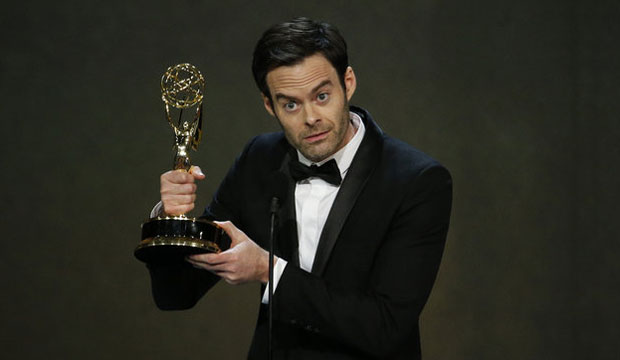 Bill Hader had a stunningly good Emmy nominations morning. As Gold Derby’s official odds predicted, the performer reaped acting bids for starring in the comedy series “Barry” and for a guest appearance on the laffer “Curb Your Enthusiasm.” The multi-hyphenate also received recognition for writing and directing his series for the episodes “starting now” and “710N” respectively. He will almost certainly pick up a fifth bid in 2022 when the producer credits are finalized by the TV academy. But even without that pending nomination, Hader already has four this year, which brings his lifetime haul up to a whopping 24.

Hader’s first Emmy nomination and win dates back to 2009, when “South Park” took home the prize for Animated Program and he shared in that win as a producer. He would go on to earn four more nominations for the series as producer in 2011, 2014, 2015, and 2017.

The actor has almost as many nominations for “Saturday Night Live.” In 2012 and 2013, Hader earned bids for Comedy Supporting Actor for the variety sketch show and would score two more in 2015 and 2018 in Comedy Guest Actor when he returned to host. He lost those four races to Eric Stonestreet (“Modern Family”), Tony Hale (“Veep”), Bradley Whitford (“Transparent”), and Katt Williams (“Atlanta”).

Hader also executive produces the Variety Sketch series “Documentary Now!” and earned three bids for that behind-the-scenes role in 2016, 2017, and 2019.

But it is his brainchild “Barry” that has brought Hader the most acclaim and Emmy nominations of his career. The first season of the show earned 13 nominations and he received four as executive producer, writer, director, and lead actor. He won his first trophy as a performer for the latter. For its second season, which earned 17 overall bids, he again received four citations in the same four categories and won his second prize for acting.

This year, he has nominations for writing, directing, and acting again — his executive producer credit will land him that fourth bid once it is finalized by next month — and he will look to go undefeated in the Comedy Actor category; “Barry” overall received 14 nominations for its long-awaited, critically-acclaimed third season.