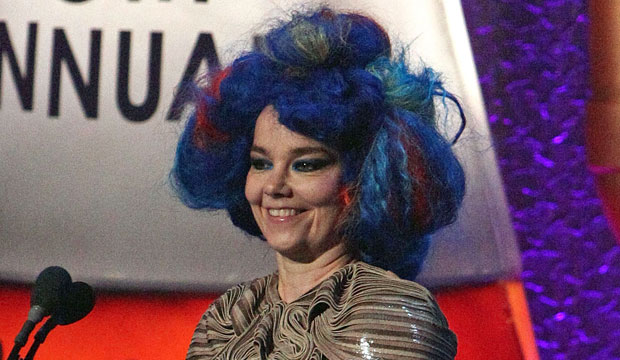 Will Bjork finally catch a break? She’s loved by the Recording Academy, but only to an extent. She has 15 past Grammy nominations and 15 past Grammy losses, making her one of the most nominated artists in Grammy history without a win. She’s currently behind only conductor Zubin Mehta (18), rapper Snoop Dogg (17), and mastering engineer Chris Gehringer (17). At this point the Grammys for her are like Charlie Brown trying to kick the football. But maybe, just maybe, this time will be different.

Bjork received her sweet 16th Grammy nomination this year: Best Alternative Music Album for “Fossora.” It’s her ninth bid in the category, which makes her the most nominated woman in the history of the award, the most nominated solo artist, and the second most nominated artist overall behind Thom Yorke who has been recognized 10 times between his solo work and fronting the band Radiohead. But Radiohead have won three times, while Bjork is still hunting down her first trophy.

SEEDiana Ross has shockingly never won a Grammy, but that might finally change this awards season

Her nominations in this category are as follows:

This year, though, Bjork may be the big fish in a small pond. She’s up against six-time category nominees Arcade Fire (“We”); they have never won this race, not even for “The Suburbs,” which won Album of the Year. The Yeah Yeah Yeahs (“Cool It Down”) are up for this award for the fourth time, but they, like Bjork, have yet to win any Grammys. Big Thief (“Dragon New Warm Mountain I Believe in You”) are on their second nomination in this category and third overall, but haven’t won any Grammys. And Wet Leg (“Wet Leg”) are first-timers nominated for three awards this year, including Best New Artist.

No one in this category has a track record as strong as Bjork’s with her slew of nominations. None are more overdue. And none save Wet Leg are nominated outside of the alternative field — Best New Artist, which veteran Bjork wasn’t eligible for — so none of her rivals have a clear leg up on her there either. Perhaps that’s why most Gold Derby users who have placed their bets here in our predictions center say she’ll finally win, giving her leading odds of 11/2, with Wet Leg close behind her with 6/1 odds. Do you agree that the academy will finally award the lauded Icelandic singer?