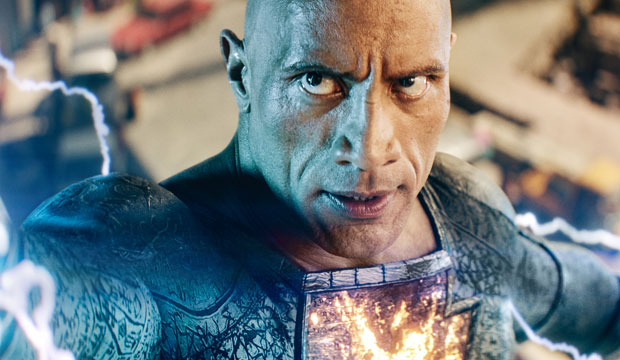 Bad news for fans of “Black Adam.” As part of the new direction for DC Comics films at Warner Bros. Discovery under James Gunn and Peter Safran, a sequel to the recent movie with Dwayne “The Rock” Johnson in the title role will not move forward at this time. It was Johnson who revealed the news himself via social media.

“My passionate friends, I wanted to give you a long-awaited ‘Black Adam’ update regarding the character’s future in the new DC Universe,” Johnson wrote on Twitter. “James Gunn and I connected, and Black Adam will not be in their first chapter of storytelling. However, DC and Seven Bucks have agreed to continue exploring the most valuable ways Black Adam can be utilized in future DC multiverse chapters.”

He added, “James and I have known each other for years and have always rooted for each other to succeed. It’s no different now, and I will always root for DC (and Marvel) to win and WIN BIG. You guys know me, and I have very thick skin – and you can always count on me to be direct with my words. These decisions made by James and DC leadership represent their vision of DCU through their creative lens.”

Johnson closed out his statement by referencing the 15 years he spent working to bring the character to the screen. He also thanked the fans for their support. “We did great,” he wrote.

“Black Adam” was released in October and earned close to $400 million in global ticket sales. The film is currently available to stream on HBO Max.

The news that “Black Adam” will not receive a sequel any time soon comes on the heels of other big changes Gunn and Safran have started to map out for the fledgling DC cinematic universe. Earlier this month, it was reported that “Wonder Woman 3” was put on ice. Gunn also revealed plans to write a young Superman movie which meant the end of Henry Cavill’s turn as the Man of Steel.