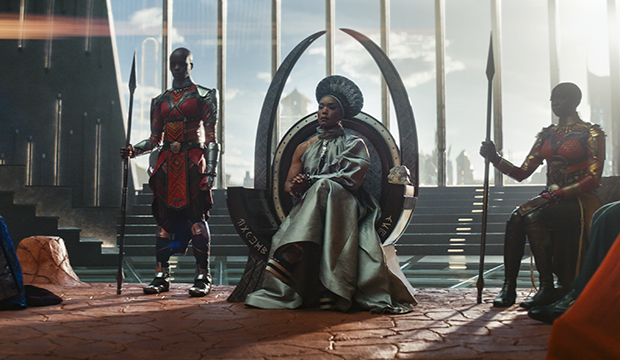 “Black Panther” (2018) made Screen Actors Guild Awards history when it became the first superhero film to win the ensemble award and now its sequel can rewrite the record books as well. If “Black Panther: Wakanda Forever” replicates the feat, “Black Panther” will be the first franchise to win multiple ensemble prizes.

Like “The Return of the King,” “Black Panther” won the ensemble SAG Award without an individual acting nomination (1997’s “The Full Monty” and 2019’s “Parasite” are the only other films to do so), but it did also take home the stunt ensemble prize. It is the first film to win those two awards and it’s entirely possible for “Black Panther: Wakanda Forever” to do the same.

At the moment, “Black Panther: Wakanda Forever” is in seventh place in the ensemble odds. Expect it to rise as we approach its Nov. 11 release. The SAG Awards, especially in the nomination phase, favor early releases — “Black Panther” opened in February 2018 — but the November release shouldn’t be much of a detriment since the original was a blockbuster hit and anticipation is high in the wake of the untimely death of star Chadwick Boseman from colon cancer in 2020. The “Wakanda Forever” cast includes returnees Angela Bassett, Letitia Wright, Lupita Nyong’o, Danai Gurira, Winston Duke and Martin Freeman, along with franchise newcomers Michaela Coel and Tenoch Huerta. If “Wakanda Forever” becomes as big or bigger than the mothership, a populist group like SAG-AFTRA would not hesitate to honor the “Black Panther” cast again.

Currently ahead of “Wakanda Forever” in the odds are “The Fabelmans,” “Women Talking,” “Everything Everywhere All at Once,” “Glass Onion,” “The Woman King” and “Babylon.”