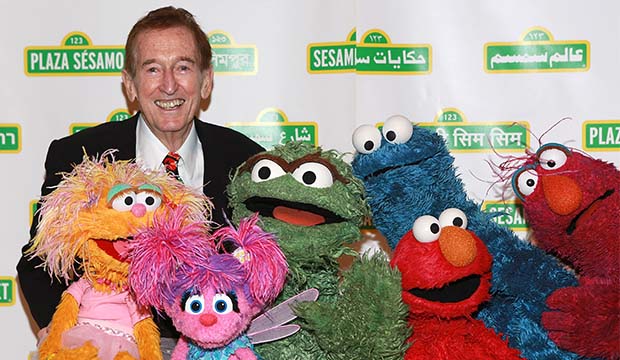 “Sesame Street” icon Bob McGrath, who portrayed the kind-hearted music teacher Bob Johnson from the series’ first episode in 1969 until 2017, has died at the age of 90. The actor was far more than one beloved character though, and led an exciting life filled with music, various acting roles and charity work.

McGrath’s passing was confirmed with a statement on his Facebook page on Sunday: “The McGrath family has some sad news to share. Our father Bob McGrath, passed away today. He died peacefully at home, surrounded by his family.”

Born in 1932, McGrath was a graduate of University of Michigan, and received a Master of Music degree in Voice, from Manhattan School of Music in 1959 before serving two years in the United States Army. In 1960, McGrath began appearing on “Sing Along with Mitch,” which ran for four years. He also had an accomplished recording career in Japan in the 1960s with a series of successful albums of Irish folk songs and ballads sung in Japanese.

WATCH over 100 chats with 2023 Oscar contenders

In 1969, McGrath appeared on our screens in the role of Bob Johnson, one of the few humans on a street full of educational puppets, in “Sesame Street.” During his 47-season tenure as a series regular, his character was the voice behind many iconic songs including “5 Fingers on My Left Hand”, “Feelin’ Groovy,” “Don’t Be Afraid to Make Friends,” “Our Grouch (and We’re Stuck with You)” and “Keep Christmas With You.” He also appeared in the two big screen adaptations of the series, four direct to video specials, thirteen television specials including “Sesame Street’s 50th Anniversary Celebration,” and participated in nine books and 19 albums that were spawned from the series. McGrath’s onscreen career was not just relegated to the series though. He also appeared in “3:10 to Yuma” (2007), “Street Gang: How We Got to Sesame Street” (2021) and the 2014 documentary “I Am Big Bird: The Caroll Spinney Story.”

Others may remember him for his thirty-eight-year run on “Telemiracle,” a telethon which aired in Saskatchewan “funding the people of Saskatchewan requiring special needs equipment to maintain or improve their quality of life; as well as, travel assistance to those needing to leave their community to access life-saving medical treatment. Funding is also provided to institutions and health foundations to purchase specialized, new or innovating equipment to improve health care.” In 2006, McGrath received the Commemorative Medal for the Centennial of Saskatchewan as well as the Saskatchewan Distinguished Service Award in 2013.

For a multitude of generations, McGrath is an educational television icon that was part of their formative years. For others, he may be remembered for his recording career in Japan or his charity work for so many years in Canada. In the end, he will be remembered by all as an entertainment icon with a heart of gold that brightened up the lives of millions in one way or another. When Big Bird famously asked what will happen after the death of Mr. Hooper, Bob said the following: “You’re right, Big Bird. It’s… It’ll never be the same around here without him. But you know something? We can all be very happy that we had the chance to be with him, and to know him, and to love him a lot when he was here.” The same can be said about Bob McGrath.