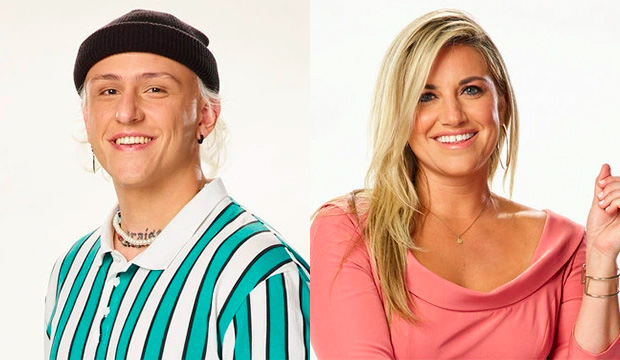 At the end of “The Voice” Season 22 finale on Tuesday night, host Carson Daly announced how three of the Top 5 artists specifically placed based on America’s overnight votes. Bryce Leatherwood of Team Blake Shelton won the competition, while Omar Jose Cardona of Team John Legend came in fourth and Brayden Lape of Team Blake Shelton placed fifth. But what about Bodie of Team Blake and Morgan Myles of Team Camila Cabello? Who was the runner-up and who was the third-place finisher?

Well, NBC has now solved the mystery. The network confirmed in a late-night press release that rock/indie artist Bodie was the official runner-up of Season 22, with pop/country artist Morgan Myles taking third place. Thus, the finishing order of the Top 5 is as follows:

SEE Did the right person win ‘The Voice’ Season 22? [POLL]

That means Team Blake has bragging rights for coming in first place and second place for this 22nd cycle. Don’t forget, the upcoming 23rd season, which begins in the spring of 2023, will be the popular coach’s last ever season on “The Voice.” Since country crooner Bryce Leatherwood was his ninth winner overall, that means he’ll no doubt be hoping to end Season 23 with a 10th victory.

Morgan Myles (age 35) from Williamsport, Pennsylvania sang “Hallelujah” in the blind auditions, “Wrecking Ball” in the battles, “What the World Needs Now Is Love” in the knockouts, “Let Him Fly” in the Top 16, “If I Were a Boy” in the Top 13, “Tennessee Whiskey” in the Top 10, “Always Remember Us This Way” in the Top 8, and “Total Eclipse of the Heart” and “Girl Crush” in the Top 5. On finale night, Morgan performed a duet of “Never Be the Same” with Camila.